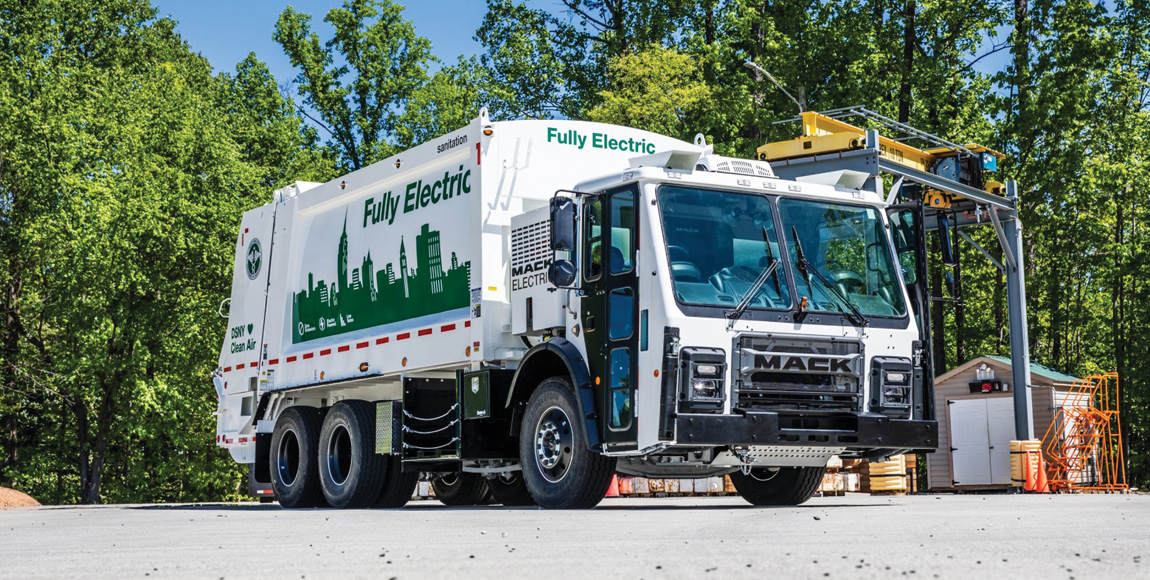 A recent report in a Canadian publication, Truck News, caught my eye: The Department of Sanitation in New York (DSNY) had just taken delivery of its first fully electric refuse truck – a Mack LR.

The vehicle’s capabilities had been demonstrated to journalists at a handover event, where Jonathan Randall, a senior vice-president at Mack, had said the DSNY – which he described as the world’s largest sanitation department – would put the truck through real-life paces from April. “There’s no tougher testing ground for a truck like this,” he maintained.

DSNY is on a mission to become carbon-neutral by 2050, and to reduce its greenhouse gas emissions by 80 percent by 2035. That’s why it’s looking to replace its 2 346-strong refuse truck fleet – 99 percent of which are Macks – with electrically powered vehicles.

According to Rocky DiRico, deputy commissioner of the department, the fleet collects about 12 000 t of residential and industrial waste a day. He said the route the electric truck would follow had already been chosen – a 30-km stretch though middle-class New York neighbourhoods.

“Don’t read into the short distance,” he said. “The real test is how many times the truck stops and starts in the course of the route. We deal more with hours than kilometres.”

DiRico revealed that the truck would be expected to handle an eight-hour collection route, at which time its remaining battery capacity would be analysed. Uniquely, New York City uses its collection trucks as snow ploughs during winter months, and DiRico said the first-generation Mack LR Electric would probably fall short in this area. However, he said he was confident that subsequent versions would be able to handle both duties.

“Ultimately, we have to get to ploughing,” he said. “We can’t have a fleet for ploughing and another for collection. Our success and uniqueness is that we plough with our collection trucks. Battery technology has improved dramatically already and we feel within the next year, battery technology is going to be 50 percent more efficient – and that should take us to ploughing.”

In addition to reduced emissions, other benefits of electric refuse trucks include reduced noise and lower maintenance costs. According to Roy Horton, director of product strategy at Mack Trucks, there’s less wear and tear componentry on an electrically powered vehicle. “It uses less oil and lubricants, incurs less brake wear, and there’s no combustion engine to service.”

Refuse is an ideal application for electrification, Horton told Truck News, because it’s a closed-loop duty cycle in which the trucks return to home base daily for charging. The frequent starts and stops allow for regenerative braking, during which energy is captured, stored and then used to assist propulsion.

The LR Electric features two battery-driven motors that together produce a maximum of 369 kW and 5 492 Nm. Transmission is through a two-speed Mack Powershift transmission. The truck features four NMC lithium-ion batteries that are charged via a 50 kW charging system. All accessories are electrically driven through 12 V, 24 V and 600 V circuits.

When the vehicle is put into service, DSNY will closely monitor several metrics, including uptime, range, mileage, driver feedback, acceleration, payload, regenerative braking, gradeability, state of charge at start and end of route, charging time and duration, as well as overall functionality.

DiRico said he was looking forward to putting the truck to work, telling journalists that the vehicle wouldn’t be babied. “I look forward to beginning the process of testing, piloting and beating the hell out of that truck,” he said. 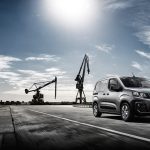 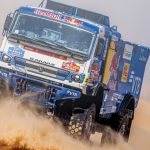