Peter Drucker said: “The best way to predict the future is to create it…”

The Federation of East and Southern African Road Transport Associations (Fesarta) has a regional perspective and overview of the range of national and interstate transport activities on the drawing board.

As 2018 gets underway, there is much evidence of energetic activities to create a better future for transportation in the southern and eastern African region. These cover a wide range of developments with a common thread of improving efficiency.

As part of its enlightened approach to the promotion of economic activity in the region, the Common Market for Eastern and Southern Africa (Comesa) is extending the scope of the highly successful Regional Customs Transit Guarantee (RCTG) from the East African Community (EAC) to other corridors. Comesa will liaise with Fesarta to make the system available to transporters, forwarders and exporters throughout the region.

The scope of the guarantee, the cost of the carnet, the simplicity of the process and the built-in tracking and control system make it the most attractive option for cross-border efficiency and interstate trade. Recent contacts with the executive of Comesa show exciting prospects for increased focus on policies to support economic growth instead of revenue collection from borders.

In the Southern African Development Community (SADC) region, the development of the new bridges and future one-stop border posts at Kazungula and Beit Bridge give new hope for future efficiency there.

If delays are to be reduced, the infrastructure developments must, however, be accompanied by significant revision of border policies. In this regard, Fesarta will be engaging with Regional Economic Communities (RECs) to encourage them to build on the successful policy changes made in the EAC.

In 2018 we will also hopefully see the beginning of the implementation of the SADC-Tripartite, Transport and Transit Facilitation Programme (TRIPS) with its focus on the harmonisation of transport regulations; repeal of cross-border permits; registration of transport operators and their Responsible Competent Persons (RCPs); and the supporting IT database covering the entire region.

It is also hoped that the South African Road Freight Strategy, approved by Cabinet in 2017, will be implemented with the many recommendations for changes to currently unworkable and ineffective regulations.

All the activities planned for the freight-transport sector are based on the very logical underlying assumption that improving transport efficiency will be good for economic development.

It must, however, be noted that in most countries of the region, the current systems are in many ways diametrically opposed to the creation of businesses, with the heavy hand of bureaucracy stifling initiative and increasing the burden of cost.

The imposition of increasing cross-border charges for permits, carbon tax, fees, levies and tolls for cross-border transport are passed on to the industrial customers and simply increase the costs of goods in the destination countries.

On the North-South Corridor this amounts to about 30 percent of the total cost of transport, with a further
25 percent of cost being caused by official delays.

The costs of bureaucracy eventually lead to industrial stagnation, as the impacts of national socialism stifle the economy.

In relation to industrial development, freight transport is the tail on the dog, so all the current projects to improve transport efficiency may prove to be somewhat irrelevant, unless there are policy changes that lead to future economic growth in the countries of the region.

In this respect, 2018 may prove to be a watershed year if the significant obstacles to economic liberalisation are cleared and new trajectories are established.

Mike Fitzmaurice is the CEO of the Federation of East and Southern Africa Road Transport Associations (Fesarta). He has 42 years of experience in the transport and logistics industry with several major companies in South Africa, as well as overseas exposure with some of the leading transport companies in six European countries. Since 2004 he has established and run Transport Logistics Consultants. In May 2015 he became CEO of Fesarta.
Posts by Mike Fitzmaurice 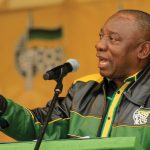 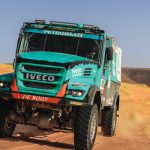