Dr David Wyatt, a technology analyst at an independent market research and business intelligence firm IDTechEx, has this to say: “The main discourse around on-road vehicle electrification has been focused on environmental concerns about the automotive sector’s contribution to climate change.” But, writes JACO DE KLERK, there are a range of other benefits as well.

Wyatt, who primarily works in the electric vehicles team, notes that a degree of altruism has always been required for businesses keen to address the environmental impact of their vehicles. “In the commercial vehicle market, this is about to change,” he points out. “In the near future, the main motivation for businesses to transition to (electric light commercial vehicles) eLCVs will not be environmental but economic.”

In his piece “Global Production of Electric Light Commercial Vehicles”, Wyatt notes that the LCV market is uniquely positioned to rapidly transition to electric vehicles. “LCV operators primarily base their purchase decisions on total cost of ownership (TCO) calculations, and whilst the upfront cost of electric LCVs is currently greater than for an equivalent diesel model, the significant operational cost saving from using electricity as a fuel, in replacement of diesel, is increasingly being shown to offset the initial price difference.”

He adds that over the next decade, as battery pack prices decrease, electric drivetrain efficiencies improve and significant economy of scale savings are realised on the cost of electric components and vehicle manufacturing, it will become a competitive advantage for companies to operate electric vans, as they will offer the lowest cost solution.

Internationally the addition of road charges for diesel vehicles in low emission zones, within urban centres, will swing the TCO balance heavily in favour of electric LCVs as well.

IDTechEx believes that the next few years will see companies conducting large-scale pilot projects to establish that eLCVs meet their operational range, load capacity, payload and reliability requirements. “Once demonstrable evidence is there that eLCVs can meet the operational requirements without increased cost, the widespread replacement of ageing diesel LCVs with eLCVs will begin in earnest,” Wyatt says.

The global market research store ResearchandMarkets highlights that the global electric commercial vehicle market as a whole is projected to grow from 129 000 units in 2020 to 2 026 000 units by 2028 – at a compound annual growth rate of 41,1%.

ResearchandMarkets sets out its findings in “Global Electric Commercial Vehicle Market by Propulsion, Vehicle, Range, Battery, Length of Bus, Power Output, Battery Capacity, Component, Autonomous Vehicle, End-user and Region – Forecast to 2028”. It notes that the advancements in battery pack technologies and electric powertrains are some of the major factors driving the growth of the electric commercial vehicle industry.

“Many countries are focusing on the electrification of their public transportation fleets,” it states. “Factors such as a rise in pollution and environmental hazards, stringent government regulations and stiff competition have compelled automotive OEMs to make fuel-efficient and environment-friendly vehicles. Increasing demand for fuel efficient and zero emission vehicles in the logistics sector is also driving the market.”

Contrary to the popular argument against EVs (that their manufacturing process counters the benefits of driving them), their batteries use just 30 kg of raw materials with recycling compared to the 17 000 litres of fuel burned by an average vehicle. That’s according to a new study that shows Europe’s current crude-oil dependency far outweighs its need for battery raw materials.

“The gap is set to increase further as technological advancements drive down the amount of lithium required to make an EV battery by half over the next decade,” Europe’s leading clean transport campaign group Transport and Environment (T&E) reports. “The amount of cobalt required will drop by more than three quarters and nickel by around a fifth.”

Lucien Mathieu, transport and e-mobility analyst at T&E, says: “When it comes to raw materials there is simply no comparison. Over its lifetime, an average fossil-fuel vehicle burns the equivalent of a stack of oil barrels, 25 storeys high. If you take into account the recycling of battery materials, only around 30 kg of metals would be lost – roughly the size of a football.”

In 2035 over a fifth of the lithium and 65% of the cobalt needed to make a new battery could come from recycling, the study finds, noting that EVs require 58% less energy than a fossil-fuel driven counterpart. And, as T&E’s lifecycle analysis shows, even in Poland, which has the dirtiest electricity supply in the EU, EVs emit 22% less CO2 than petrol vehicles.

According to the Central Statistical Office of Poland, in 2018, 48% of the electricity produced in that country came from hard coal, 29% from brown coal (considered the lowest rank of coal due to its relatively low heat content), 13% from renewable sources and 7% from natural gas.

In South Africa, the Ministry of Mineral Resources and Energy points out that our country’s total domestic electricity generation capacity is 58 095 MW from all sources. Currently, coal is by far the major energy source for South Africa, comprising around 80% of the country’s energy mix.

We could therefore also benefit from a move to EVs, with local businesses reaping the financial rewards from a move to eLCVs.
Wyatt, once again, summarises it well: “The light commercial vehicle market is at the dawn of a revolution; the future is electric.”

In his capacity as editor of SHEQ MANAGEMENT, Jaco de Klerk is regarded as one of the country’s leading journalists when it comes to the issue of sustainability. He is also assistant editor of FOCUS on Transport & Logistics.
Posts by Jaco de Klerk 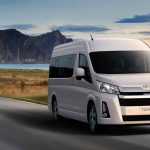 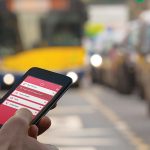