On board with growth

On board with growth

The forestry industry plays an important role in the global economy and has a significant influence on our lives and environment. These are some of the developments moving this sector forward.

The trend has been explored in an article “Forestry 4.0: a framework for the forest supply chain toward Industry 4.0” by Yan Feng and Jean-François Audy, writing in the Brazilian journal Management & Production.

“With the rapid advancement of digital technologies, the industry is transforming from traditionally disconnected systems of manufacturing, logistics, decision-making and services towards connected and more intelligent industrialisation. This will revolutionise the industry towards a new generation known as Industry 4.0.”

The article explains that the term Industry 4.0 was initiated by the German federal government for its hi-tech strategic initiatives in 2011. “Similar initiatives were published in other countries such as the US under the names of Industrial Internet and Smart Manufacturing, with support from the US government for research and development. Since then, the topic of Industry 4.0 has attracted much academic research and business attention.”

Over the past few decades, digital technologies have been developed rapidly, such as the Internet of Things (where systems and equipment are connected), radio frequency identification (RFID), cloud computing, business intelligence and smart communication.

“Although these technologies have been widely used in many industries, such as retail, automotive and agriculture, their adoption in the forest industry has been relatively slow.”

But other advancements are benefiting this industry and doing their part to move the sector forward. One such technology is onboard weighing technology.

In its blog post, “The Benefits of Using On-board Weighing Systems”, RDS MME explains that on-board weighing solutions allow produce/aggregate to be accurately weighed on site, eliminating the need to transport the shipment to weighing stations or load-out areas. “Due to the demand and advancement of this technology, there are a number of different weighing solutions to suit every industry and operation.”

Weighing up the benefits

Improved measurement accuracy: With proven technology, the on-board scales accurately measure the weight of the load. The unit is calibrated upon installation and, in several cases, these systems do not require periodic recalibration or servicing.

Improved productivity and efficiency: On-board weighing systems eliminate the need to transport consignments to loading bays or weighing stations, meaning the entire process is more efficient and the number of required man-hours is minimised.

Using data directly from the weighing system also offers a more efficient and quicker means of collecting and analysing the load information.

Cost efficiency: By improving the process, the number of workers needed on site is decreased. This is because on-board scales only require one or two people to coordinate the operation, unlike traditional weighing methods which may require loaders and unloaders, data collectors and analysts, and batch recorders.

Eliminating the need for weighing bays also mitigates the potential for spillages or lost consignment.

often come with a variety of applications including check-weighing of incoming and outgoing goods and alarm systems to ensure the weight does not go beyond maximum capacity.

Versatility: Due to advancements in technology, there are a number of on-board weighing systems to choose from. The versatility of these products enables smoother operations and increased efficiency and can be installed on several types of vehicle, including tractor-trailers, haul trucks and vans. They also provide some stock management applications including check-weighing incoming goods, trailer and hopper loading and batch blending.

Closer to home these systems can ensure profitability as well, as noted by www.forestry.co.za, which is owned and run by Fevertree Media – an online media marketing company specialising in the forestry, sawmilling, woodworking and forest products industry.

In its piece “On-board weighing ensures a profitable load” it highlights the offering from Loadtech, a specialist in onboard weighing that provides solutions to heavy goods vehicles based in Centurion, which allows drivers to control the weight being added during the loading process to ensure profitable loads, thus avoiding over- or underloading.

The site notes that this system is an essential tool for timber transporters as it means the truck can be loaded correctly – the first time, every time.

“There is a window of opportunity while the truck is being loaded when you can ensure that it is loaded correctly,” explains Neels Botes, brand executive of on-board weighing at Loadtech’s sales division. “Once the truck has moved off the loading zone it is unlikely to return for load adjustment.”

How do the benefits filter down?

“The transport operator can be sure that the truck will not be overloaded, thus avoiding costly penalties, and that the load that is delivered is all present and correct,” says Botes.

Forestry.co.za applauds Loadtech for being a leader in the supply of on-board weighing equipment. It is continually developing new and better products to meet the requirements of the trucking industry. It offers a wide range of off-the-shelf products as well as fully customised solutions. 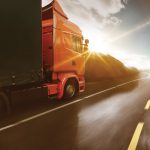 Prev Rentals – a real alternative in challenging times?
Next Rolling towards a greener tomorrow? 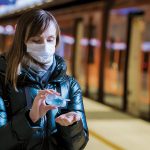