Outdated regulations are in place and government departments appear to be doing little to address them. Meanwhile, transport operators run the legal gauntlet. This situation is totally unacceptable, points out NICK PORÉE.

First, some background. The International Organization for Standardization (ISO) containers arrived in South Africa over 40 years ago and road vehicle dimensions were changed to accommodate the new “normal”. The maximum height was increased from 4,1 to 4,3 metres.

About 20 years ago, the new ISO High Cube (HC) containers arrived in South Africa, which are 250 mm higher and therefore exceeded 4,3 metres height when loaded on the “normal” flat-deck truck or trailer with 1,5 metre unladen deck height. The industry continued to transport the HC containers with no problems. But, when the load height regulation was enforced in KwaZulu-Natal and road transport service was withdrawn, it caused an immediate crisis for the port and import trade. The industry requested a change of Regulation 224 in the National Road Traffic Act (NRTA) to 4,6 metres (double-deck passenger vehicles are legal at a height of 4,65 metres). The Department of Transport (DoT) refused, without any logical reason, and then issued a moratorium on prosecution for seven years, to enable research or compliance.

Despite research, reports, and further engagement with the DoT, at the end of the moratorium, there had been no changes and the volume of HC containers had increased so that more than 20 million road transport moves had been completed without a single reported incident. The industry continued to request the simple change of Regulation 224, as there is no known objection to doing so. The DoT refused again, without reasons, and another seven-year moratorium on prosecution was gazetted. The industry carried on engaging sporadically with the DoT, and the numbers of HC containers transported all over the region increased further. By the end of the second moratorium in June 2021, the industry had exhausted all possible attempts to get some sensible reason for the refusal to adjust the height regulation.

DoT is “silent and in hibernation”

Because South Africa would collapse if the road freight industry stopped working (and there is no alternative), the industry continues to simply ignore the illegality and continues to operate. This is despite the risk of contravening load and vehicle insurance conditions. The DoT has been silent, confused and largely in hibernation since December 2019 – so no immediate action is anticipated.

Its most recent engagement involved a one-sided dialogue with the SA Maritime Safety Agency (SAMSA), which revealed a total lack of understanding. Instead of facing realities, the DoT chose to reiterate intransigent mythology by repeating the mantra of “road to rail”. This position obstinately ignores the fact that every container of any size is forced to travel by road for part of its movements in South Africa, as railways do not deliver door-to-door and container depots are off rail. Nearly 80% of containers at the port of Durban are collected and delivered by road from local premises and the railway transports about half of the long-haul containers consigned directly to Gauteng.

A DoT that doesn’t understand transport?

Despite engagement with the succession of transport ministers (and their directors-general) over the 20-year period, the HC impasse simply underscores the incompetence and inability of the department to understand the complexities of the commercial road transport sector. Road freight is the lifeline of South African industry in the absence of any effective alternative, and deserves a competent and supportive regulatory authority instead of Jurassic intransigence. The lack of governmental support for industrial logistics is evident in the continued failure to implement any reorganisation of the freight transport sector despite the recommendations of the National Transport Master Plan (widely referred to as NATMAP) of 2012, the National Freight Logistics Strategy Review (2016) and the Road Freight Strategy (2016).

Freight transport is fragmented between the Department of Public Enterprises and the DoT – and neither is adequately equipped with professional competence to manage their sectors. This has resulted in the deterioration of railway and ports to the point of crisis and the need for very extensive capitalisation to restore capacity and provide services if there is to be future economic growth. Road freight transport has received little useful support from the DoT and its agencies – despite lots of reports. Gazetted current government initiatives are all based on the development of state-owned enterprises (SOEs), which holds little prospect for improved efficiency, based on the past 20-year history of Public Enterprises.

In contrast, the private sector has continuously expanded capacity and flexibility to make up for the deficiencies. It has responded to industrial demand despite the obstruction, corruption and resistance of governmental agencies. South Africa is at a crossroads. Will this situation lead to wealth creation by the expansion of private industry or continued ineptitude, incompetence and the depredation of finances in the SOEs and Ministries?

The HC controversy is symptomatic of the conflict between rationality and egotism. So, resolution may have to wait for the appointment of a competent future director-general.

But don’t hold your breath…

Nick Porée is a transport economist and freight transport consultant; he has more than 40 years of experience as a consultant in freight operations management, systems development, training, and transport research. His company, NP&A, has for the past 10 years been a consultant to the South African Department of Transport (National Transport Masterplan), National Freight Logistics Strategy and Road Freight Strategy. It has performed cross-border and corridor studies in Sub-Saharan Africa for World Bank, United Nations Economic Commission for Africa Trademark East Africa and other agencies. He was the freight transport consultant for the Southern African Development Community Tripartite project on liberalisation and harmonisation of road transport regulatory systems in the Tripartite region (now designated Tripartite Transport and Transit Facilitation Programme He is contactable at nick@npagroup.co.za or www. transportresearchafrica.com.
Posts by Nick Porée 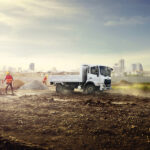 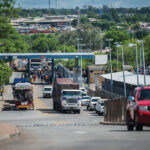