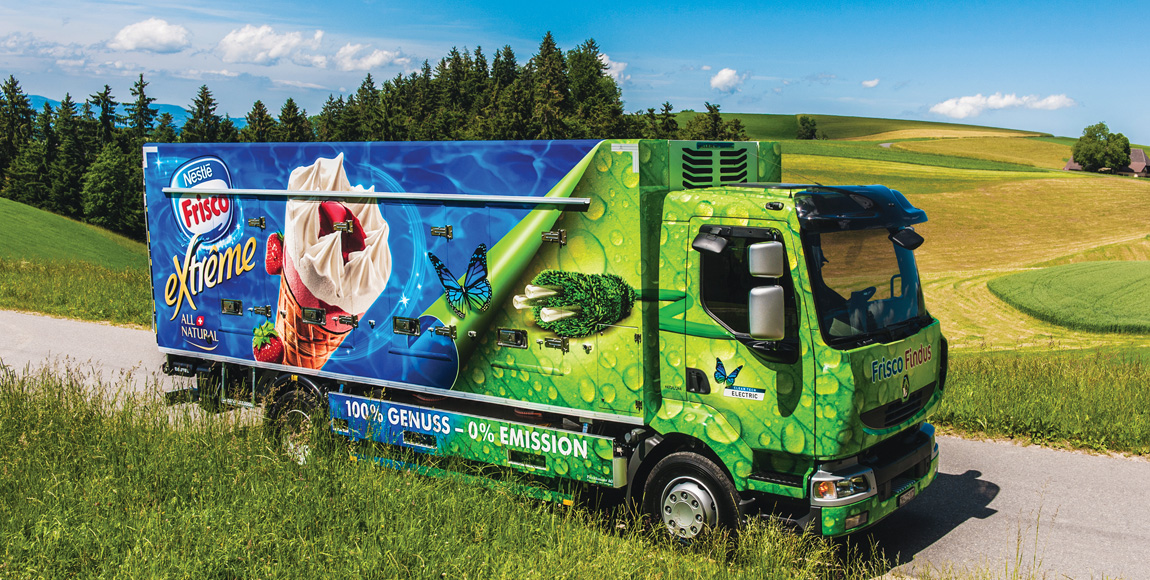 The global push for clean, environmentally friendly lifestyles has affected every industry including refrigerated transport. While green alternatives might not be affordable for all operators, some small changes can have a big impact

The global refrigerated trailer market is expected to be worth US$ 7,1 billion (R103 billion) by the end of 2021, according to a report by Persistence Market Research. An estimated 315 427 trailers were manufactured in North America in 2017, while in Europe around 250 000 trailers with a gross vehicle weight of ten tonnes are registered annually.

A large number of these are refrigerated trailers. The industry might be large and promise growth, but it also contributes greatly to pollution.

According to United Kingdom (UK) motoring news organisation Auto Express, the diesel-powered refrigeration generators on UK roads produce the same amount of harmful emissions as 1,8 million cars. While the UK has adopted the European legislation on transport refrigeration units, which will be implemented in January 2019, it won’t affect those units already on the road.

Despite the push for cleaner transport, old refrigerated units will continue to receive government support. The UK Food Storage and Distribution Federation (FSDF) warned that an additional £100 million (R1,9 billion) would be added to the cost of delivering food if government subsidies are stopped in response to the emissions from older units.

South African transporters might also not have many alternatives to diesel-powered refrigerated trailers – particularly smaller businesses. However, controlling the temperature of refrigerated trailers could reduce the CO2 emissions released during the refrigeration process, according to a study by Helena Stellingwerf and colleagues.

Stellingwerf notes: “Road transportation is responsible for a considerable part of global emissions. Temperature-controlled transportation creates even more emissions than ambient temperature transport, because of the extra fuel requirements for cooling and because of leakage of refrigerant.”

According to Stellingwerf, most refrigerated transport units lose cold air through the trailer wall during a trip and when the doors are opened for loading and offloading. The findings show that increasing driving time to around ten hours improved efficiency. The ideal speed for refrigerated transporters is around 60 km/h, although load and distance could affect the ideal speed.

Unsurprisingly, the study found that by reducing the external temperature in which the vehicle operates, the emissions can be reduced by as much as 30 percent. While transport operators can’t control the weather, they can consider delivering products in the evenings or early mornings when it is cooler. 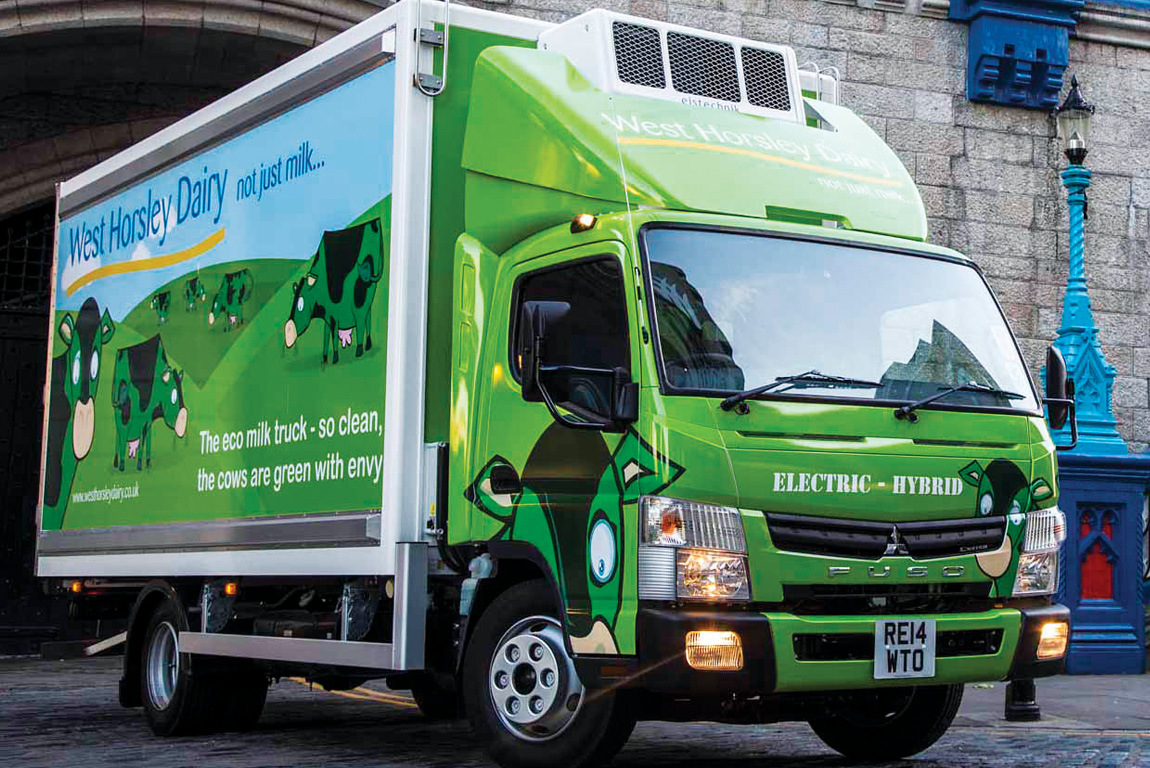 The loading and offloading processes can also be streamlined to ensure that the temperature in the vehicle is better maintained. Stellingwerf notes: “In our communication with and observation of practitioners, we found that there are probably improvement possibilities by changing ways of working.

“For example, the docks at which trucks connect to the temperature-controlled distribution centres are not always airtight. This causes warm air to enter the centre and it thus increases the energy use. In other cases, we saw that drivers already opened their truck hoping that they would have to wait less time to be connected to the dock.”

Opening the doors of the vehicle can cause the refrigeration unit to overheat and compromise food quality. Stellingwerf argues: “A first step for companies to reduce emissions and costs in temperature-controlled transportation would be to critically evaluate these kinds of practices.”

Clinton Holcroft, MD of Serco Industries – a manufacturer of insulated and dry-freight truck bodies and trailers – notes that refrigerated-transport operators often struggle to maintain the temperature in their trailers.

“Some of the most pressing challenges for the industry are the ability to maintain thermal efficiency of the load by ensuring correct panel thicknesses and refrigeration unit selection, and meeting the customer’s requirement with regard to payload, volume and temperature,” he says.

“There are a variety of panel thicknesses to retain temperatures. PVC strip curtains can be fitted to keep cool air in when offloading stock and there are various partitions available, which allow transport operators to transport multi-temperature loads,” Holcroft states.

The Serco flagship vehicle, Frost Liner, has a stainless-steel exterior cooler unit guard, which protects the front panels and equipment like the fridge against damage from hazards such as tree branches. A damaged fridge can drastically affect temperature in the trailer.

When purchasing a vehicle for refrigerated transport, Holcroft advises: “Transport operators need to consider the durability of products, elimination of heat bridges and quality of panels. Serco has introduced new door seals as one of the ways to eliminate heat bridges and improve thermal performance. The new injected foam panels found in Serco trailers and bodies retain temperature and improve efficiency.”

While it might not be possible for all refrigerated transport operators to completely eliminate their carbon emissions, small operation changes and investment in quality refrigerated trailers can make all the difference.

Bosch is making electromobility possible for semi-trucks with its electrified axle, which was showcased at the IAA Commercial Vehicles trade show in Hanover, Germany. With this new technology, the trailer generates power when braking, which is fed into the trailer units. For refrigerated trailers, it could mean a saving of up to €10 000 (R171 464) a year.

If the energy from braking powers the cooling unit, Bosh estimates that refrigerated-transport operators can also save up to 9 000 litres of diesel a year, which further translates into reduced CO2 emissions. The unit also makes significantly less noise – an added advantage for refrigerated transporters delivering to urban supermarkets.

Markus Heyn, member of the Robert Bosch GmbH board of management, says: “Bosch is making truck rear axles electric and smart. Our electrification solution makes economic sense and shows how electromobility can work even in today’s trucks.”

With this innovation and by adding a powertrain to the axle, Bosch plans to introduce automated trailer parking. It has always been the duty of the truck driver to transport a trailer in a depot, at the freight company premises, or at a port. With the new remote-controlled electric drive and sensors, the trailer will be able to travel short distances independently.

The technology can be fitted on new trailers, or acquired as a retrofit solution. In Europe, around 250 000 trailers with a gross vehicle weight of more than ten tonnes are registered every year, a fifth of which are equipped with a refrigeration unit. 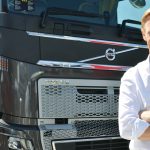 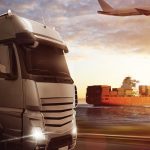