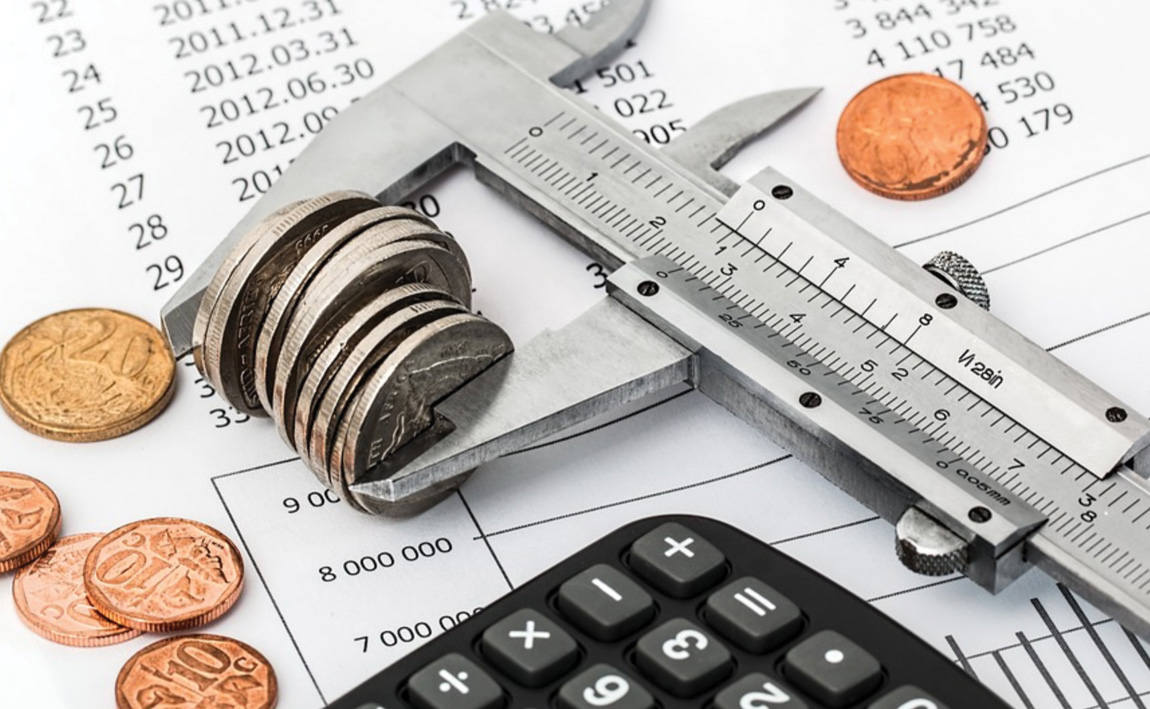 “This was not the budget to fix South Africa. However, it was what we needed and indicates where the country may be moving,” said one of the panellists at the 2019 Econometrix budget review.

By now we all know what Finance Minister Tito Mboweni detailed in his 2019 budget speech and, by all accounts, he was conservative and managed to avoid any major fireworks. Indeed, as was noted by Andrew Holstead, tax and transactional structuring solutions specialist, the finance minister had a job to do in the lead up to the national elections on May 8…

“The 2019 Budget was supportive of where President Cyril Ramaphosa is trying to move the country. The
South African Revenue Service (SARS) and Treasury have lost essential skills and this Budget needed to show
that we have the skills to collect money; that we’re not living in la-la land; are undoing cadre deployment;
and moving back to a place of fiscal discipline,” he commented.

Azar Jammine, director and chief economist, Econometrix, noted that the 2019 Budget will not boost investment in the way President Ramaphoza would like. However, he repeatedly noted that fixing SARS and eradicating corruption will both unshackle funds and attract foreign investment in the years to come.

“If we get these aspects right, we won’t have a problem getting out of this mess by around 2021,” Jammine stated.

He outlined that economic growth in 2018 was estimated at 0,7 percent and that revenue collected was R42 billion short of what was expected. “SARS’s tax statistics over the last few years show that tax buoyancy (growth in tax revenue relative to growth in the economy) has fallen from 1,37 three years ago to 0,91 last year. That means that if we had collected taxes as efficiently as we did three years ago, we’d have an additional R40 billion in tax revenue,” he added.

Speaking of tax, Jammine noted that even though VAT has not been increased this year, the average man on the street should not be lulled into a false sense of security.

“We will still be worse off than last year, because there’s hardly any adjustment for income going up in line with inflation and tax payers moving up the tax ladder. Projected inflation may be less than five percent in 2019, yet the projected increase in revenue from income tax is 11,1 percent, plus other taxes.

“In a depressed economy, without a major thrust in investment and a continuing squeeze on the consumer, growth in gross domestic product (GDP) will be no more than one to two percent over the next few years,” Jammine commented.

So where is South Africa left as it enters the 2019 fiscal year? While collection of excise duties takes increasing strain and the number of individual and corporate tax payers declines, the budget deficit sits slightly higher than expected, and the public debt to GDP ratio edges upwards, there are still some positive signs.

Mboweni emphasised the government’s intention to fix SARS and its commitment to fighting corruption, while acknowledging that it needs the support of the private sector.

Let’s hope we begin to see a tangible change in the coming years.

A fourth tax will be added to the cost of fuel in South Africa on June 5 – the carbon tax. Consumers can expect to pay an additional nine cents per litre on petrol and ten cents per litre on diesel (diesel refunds cannot be claimed against this tax).

According to Jammine, the carbon tax should not be scoffed at. “The estimated revenue will be R1,8 billion. There are currently no specific details, but we must look out for the draft regulations.”

However, the Organisation Undoing Tax Abuse (OUTA) comments that introducing a new fuel tax without clarity is unacceptable.

“Introducing a carbon fuel levy without a clear indication that this will be ring-fenced for climate-change mitigation initiatives, and with no clear link to behavioural change, appears to be disingenuous,” says Heinrich Volmink, executive head: OUTA National Division.

The Automobile Association (AA) of South Africa adds that it remains concerned that these levies are seen as the “go-to” taxes for easy increases by government.

“Besides being an additional line of tax on the fuel price, the inclusion of a carbon tax by government is grossly unfair given the fact that South Africans will now be paying an emissions tax on fuel of inferior quality, without having access to higher-quality fuels which are available in many other markets in the world,” notes the AA.

From April, the total cost of the levies (including the new carbon tax) will amount to R5,63/litre for petrol and R5,49/litre for diesel.

“These increases will comprise anything between 40 and 42 percent of every litre of fuel bought. This adds to the burden especially poorer consumers carry directly through paying these taxes, and indirectly through the costs passed on to them by manufacturers and retailers who also have to pay these taxes,” says the AA.

The Association adds that while 2019 began relatively smoothly in terms of the fuel price – especially compared with the extreme variations seen in 2018 – there is no guarantee prices will remain flat.

Regarding e-tolls, OUTA CEO Wayne Duvenage comments favourably on Minister Mboweni’s “changed narrative from a hard ‘e-tolls is here to stay’ stance last year to a clear indication that negotiations for solutions to resolve the e-toll matter are on the cards”.

“We believe this softened stance may be a result of this being an election year and that sanity is starting to prevail on the failure of e-tolls,” says Duvenage. “While Minister Mboweni does say that the user-pays principle should be borne in mind when finding a solution, OUTA points out that e-tolling is a failed user-pays scheme and that the fuel levy is a very efficient user-pays alternative…”

The question is, though, would South African motorists take kindly to an even higher cost of fuel – especially if it were in lieu of the much-maligned e-tolls? 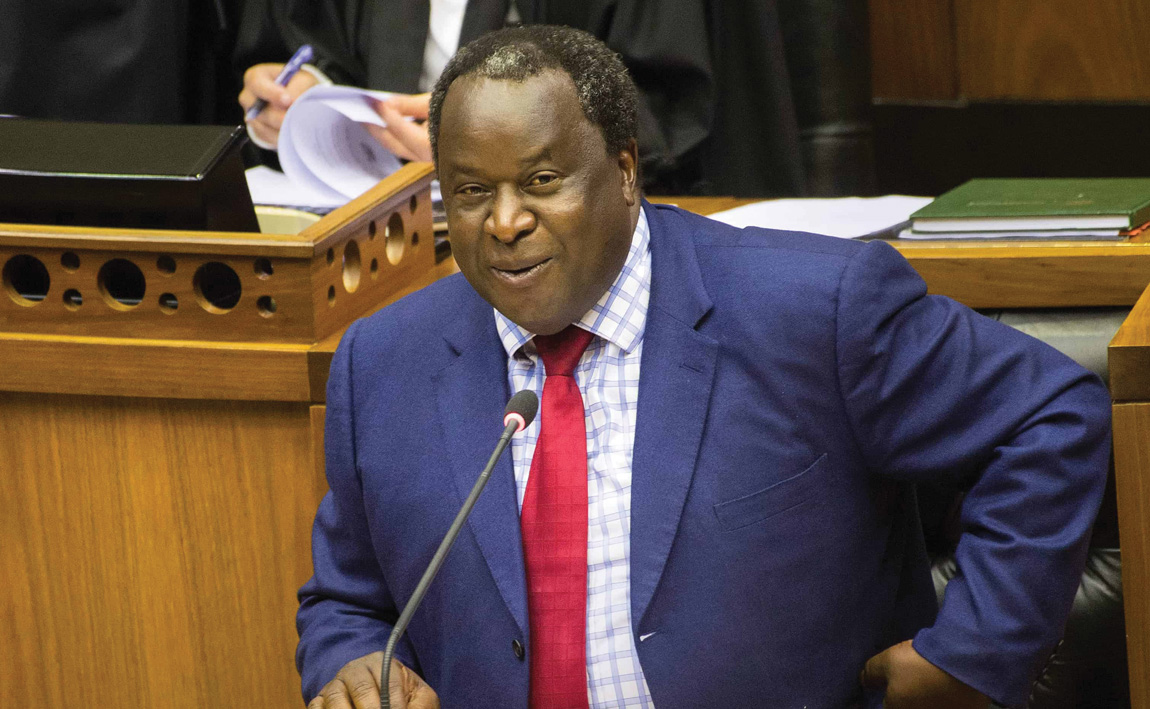 “Imagine how much money government would have available if it put a stop to corruption and state capture.”

“Unfortunately, the actual Budget data showed that nothing really has changed.”

“Local skills are silently leaving. This is a significant problem. In many cases it’s because transformational objectives take precedence over retaining these skills.”

“The ANC is a majority party with a solid mandate and business is warming up to Cyril Ramaphosa… The sentiment is better the devil we know.”

“Youth unemployment is a timebomb.”

“We will not win the battle against corruption if we see it only as a public-sector disease – the private sector is an accomplice.”

“One of the most important interventions will be to reduce corruption and patronage, and strengthen institutions. It will take a year or two before results are evident.”

“If we neglect education, we can forget everything about the future. People need skills such that, should they not go all the way to university, they are still able to make a living.”

“We have a common-sense deficit. We are so obsessed with complexity, we assume it’s the same as sophistication. We have Gautrain to imitate countries like Japan, but we can’t deliver textbooks to schools…”

“There’s opportunity that we shouldn’t lose from this crisis – a wakeup call. Our minds will come together to look for solutions. One day, we will become outraged when people are found to be corrupt.”

“We need to prepare to adjust to the new global landscape or we’ll be left behind.”

“We must not fall into a defeatist mindset, there is huge opportunity through entrepreneurship.”

“Hopefully the ANC is moving towards undoing cadre deployment and fixing what needs to be fixed.” 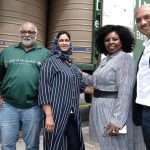 Prev Engen helps to relieve drought
Next From farm to fork 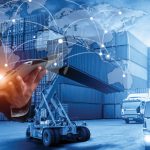