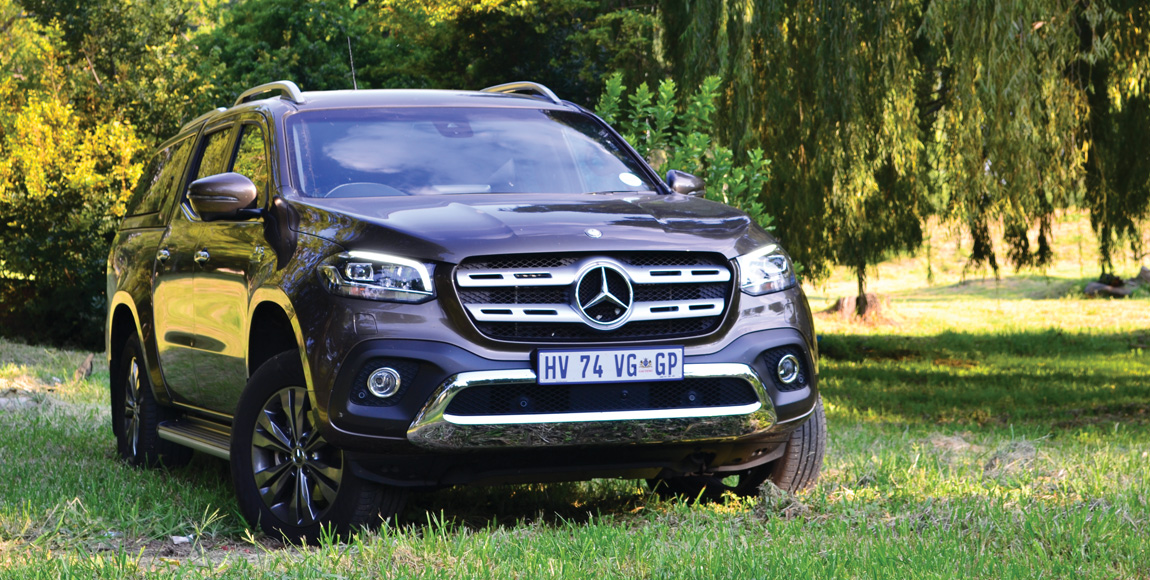 The bakkie power war seems to be hotting up… GAVIN MYERS spent some time with the most powerful, most expensive double-cab bakkie currently on sale in South Africa: the Mercedes-Benz X 350 d V6.

There was a time when almost all makes of douoble-cab bakkies were offered in South Africa with a V6 engine – usually petrol powered. Mitsubishi Colt Rodeo, Ford Ranger, Toyota Hilux and Nissan Hardbody all once offered large-capacity, naturally aspirated V6 power.

During 2017, Volkswagen introduced its Amarok with 3,0-litre V6 power – this one a turbodiesel producing
165 kW/550 Nm (opting for the top-line Extreme model will set you back R818 200, but there are two other lesser-spec versions available).

Now, Mercedes-Benz has followed suit, with a 3,0-litre, common-rail, direct-injection, diesel engine that produces 190 kW and 550 Nm between 1 400 and 3 200 r/min – marking it as the most powerful on sale currently. In the top Power spec, as tested, you can expect to part with R973 188 for the privilege – making it the most expensive.

However, does “most powerful” and “most expensive” equate to best? In terms of the drivetrain, yes, it’s the best available in an X-Class. With its variable-geometry turbo, the V6’s torque delivery is strong, while it revs smoothly and pushes you along with that unique woofle characteristic of a diesel V6.

Better still, the 7G-Tronic Plus transmission, specific to the X 350 d, shifts with the crispness of double-clutch box, even when you play with the steering-mounted paddles. 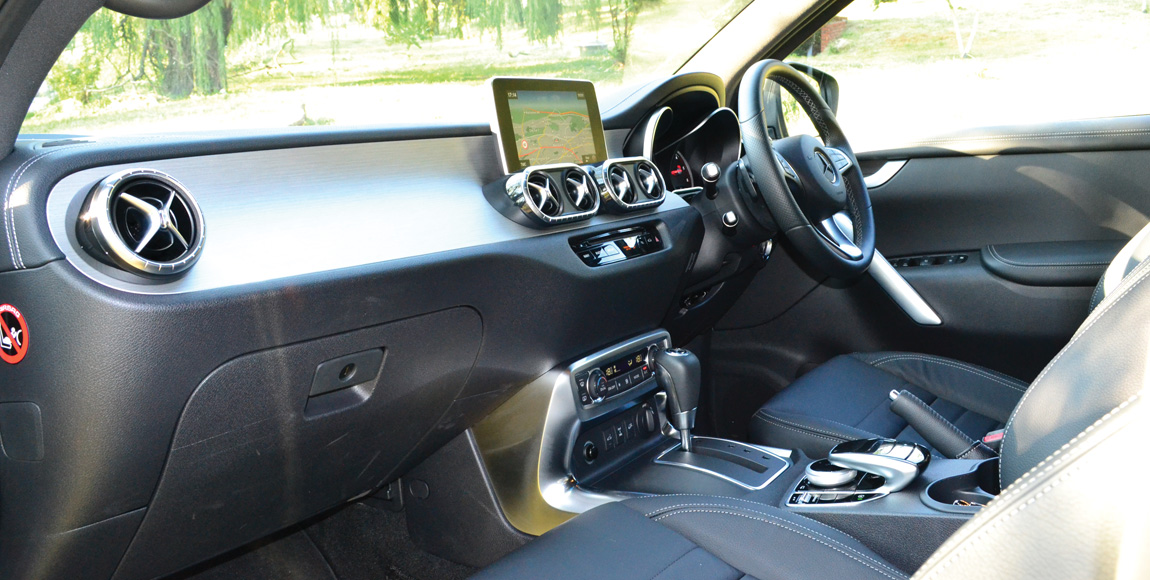 It’s not perfect, though, as on pull-off the power is eased a bit too gently to the 4Matic permanent all-wheel drive (with low-range and rear diff lock). This makes quick getaways not so quick, until the torque band is reached. Nonetheless, Mercedes-Benz claims that it’ll sprint to 100 km/h in 7,9 seconds and top out at 205 km/h – plenty brisk for a bakkie…

Fuel consumption averaged out at 12,2 l/100 km during my week with the X 350 d, which included a lot more long-distance cruising than I’d do on an otherwise average week. Nonetheless, this was still some way off the claimed combined figure of 9,0.

As with its smaller-engined siblings, the X 350 d flows nicely with the road, but doesn’t iron out imperfections as well as expected on its five-link rear suspension. In fact, its ride is subjectively no better than most modern leaf-sprung bakkies. It still nets a payload of up to 1 001 kg and can tow up to 3 500 kg.

At close to R1 million you’d expect the X 350 d to be comprehensively spec’d but, alas, much of the equipment featured on this model is optional. The basics are there – the usual electronic driver aids, tyre-pressure monitoring, electric seats, keyless entry and start, cruise control and a reversing camera. Powerful LED headlamps are also standard on this model, as is the innovative load-securing rail system common with its lesser brethren.

However, the likes of navigation, the traffic assist and style packages, and Parktronic with a 360° camera, will all cost you a bundle more. Naturally, there is a range of Mercedes-Benz accessories made just for the X-Class – the canopy you see here will set you back just R65 147…

When compared to its only true rival – the Amarok – it’s clear that the X 350 d is certainly aimed at buyers attracted to the brand. While we’d love to conduct a direct comparison test, time previously spent with the Amarok suggests that the X-Class is probably not worth the premium. That said, we’re certainly glad to see the fraternity of V6 bakkies now featuring one with the three-pointed star on its grille. 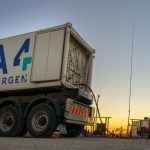