Public transport and the pandemic

Public transport and the pandemic

Covid-19 has had a major effect on public transport. JACO DE KLERK discovers what the bus industry is doing to help flatten the curve.

The Minister of Transport, Fikile Mbalula, says: “We have been mindful that transport is not only an enabler of economic activity and access to social amenities, but also a potent instrument capable of spreading the Covid-19 virus far and wide.”

He adds: “After all, it was the aviation sector that enabled the virus to reach our shores. We need to ensure that the mobility of the virus through our transport system is stopped dead in its tracks. Our mandate as a sector is that of a catalyst that enables mobility in the economy and in the social setting.”

The preventative measures aimed at stifling the virus have, however, come at a huge cost, as Bazil Govender, executive manager of the Southern African Bus Operators Association (Saboa), points out. “The demand for public transport has been substantially impacted since the implementation of the lockdown.”

Saboa represents a wide range of bus and coach operations in South Africa and is recognised as one of the most representative associations in the local public transport sector. It has actively been promoting the industry and lobbying on its behalf since 1980.

There are approximately 25 000 operational buses and coaches in the South African industry, with around 19 000 involved in formal public transport activities. These include contracted commuter bus services, scholar transport, inter-provincial or long-distance and cross-border transport, as well as the travel and tourism coach transport.

This sector includes subsidised services that are operated on behalf of the government. It has approximately 7 500 buses in operation and generates around 450-million passenger trips per annum.

Govender explains that this industry sector directly employs around 30 000 people and includes a long value chain in support of the industry – from manufacturers, tyre and fuel companies and inspection services, to spares and equipment suppliers, as well as ticket printing and sales services.

“The sector operates around 20 percent of the market share, with higher operations over peak periods and longer distances,” notes Govender. “It makes transport accessible to the poorest of poor, enabling passengers to access work opportunities in a safe and affordable manner.”

He explains that the contracted commuter bus services’ revenue is made up of two parts – roughly half from passenger fares and the other half from subsidies. “Since lockdown level 5, the financial impact has been devastating – 90 percent of buses were parked and only 10 percent operated with a 50-percent load restriction.”

These companies were still faced with fixed costs, however, and most assisted employees with wage payments. “The lockdown periods and requirements led to massive and unsustainable losses in passenger revenue,” Govender points out.

Under lockdown level 4, an estimated 33 percent of bus fleets were operating at a 50-percent restriction of vehicle capacity. Level 3 is seeing an estimated phasing in of between 40 and 60 percent of operations, but the capacity restrictions remain.

“The government’s plan of staggered working hours would exacerbate the financial situation of the industry, especially over longer distances where a second peak trip will not be possible, due to lower utilisation of the buses,” Govender explains.

This sub-sector was hit really hard, as since lockdown began no operators were allowed to work because schools were all closed.

According to the National Household Travel Survey 2013 (the most recent one conducted), around 25 percent of all scholars make use of school bus transport.

“The Northern Cape and Mpumalanga account for close to 50 percent of modal share, and in many rural areas this is the only form of public transport for learners,” notes Govender. “It is estimated that the annual scholar subsidy is around R1,4 billion involving about 12 000 buses, but not all of them are subsidised.”

These operators include, almost exclusively, small and micro businesses – which still had to pay fixed costs with no form of income.

“The annual subsidy amounts to R6,9 million per day over 202 school days per year, or R34,6 million per school week,” Govender highlights. “The financial impact has therefore been R346 million since lockdown began.”

He adds: “An additional problem faced by scholar transport operators is the delayed and phased re-opening of schools. Media reports indicate that the full working of schools could potentially be achieved only by the end of August, which will have a devastating effect on these small business owners.”

Although pupils in their final years of primary and secondary school have been allowed to return to classrooms, this represents only around 20 percent of learners. “In addition, a 70-percent load restriction will apply – further affecting the operators’ financial situation,” Govender notes.

This sub-sector has also ceased all operations since the commencement of lockdown – thus these industry players have had no potential to generate revenue to cover fixed costs.

Govender explains that around 1 000 coaches were operating – employing more than 5 000 people. “Annual revenue is estimated at R5 billion, and operators provide transport to more than five-million people who are not able to afford air travel.”

He adds: “Prior to Covid-19, the sector was under tremendous financial pressure, due to increasing costs, currency fluctuations and declining market effects. On average, monthly operating costs amount to R100 million, which is only recoverable through the running of services.”

The only relief operators potentially have is the Temporary Employer/Employee Relief Scheme (TERS) and Unemployment Insurance Fund (UIF) – which is limited to the end of June.

“Inter-provincial services may possibly return only under lockdown level 2, but there is no indication as to when this will be possible,” explains Govender. “The issue with metros, local and district councils being placed on different lockdown levels will also impact this sector further.”

He adds that the current estimations are that this sector has incurred losses of around R200 million to date, and that during lockdown level 3 another R100 million will be lost per month.

This part of the industry offers about 51 000 passenger seats per month and is focused on domestic and international tourism. “Since the beginning of lockdown there has been no revenue generated and fleets have been parked,” notes Govender. “This situation is expected to prevail with anticipated limited services under level 1.”

He adds that it is expected that international travel will resume only in February 2021, with a very low initial uptake. “Operators will then have been without an income for 12 months. It is highly unlikely that any would survive for 12 months without government assistance.”

Saboa has been actively doing its part to aid the industry during these trying times, with various steps being taken to renegotiate the existing rates for contracted services, to obtain interim relief for losses incurred, and to extend TERS UIF for a further six to 12 months.

“In spite of the ongoing losses incurred to date, coupled with the dangers presented by Covid-19 to their employees and organisations, the industry has adapted and responded to the challenges,” Govender points out.

One stellar example is the partnership between the bus company Putco and fleet management organisation Netstar, a subsidiary of Altron. A network of onboard cameras ensures Putco can monitor adherence to social-distancing guidelines, check that drivers and passengers are wearing masks, that passengers are sanitised when boarding a bus and that there is compliance with lockdown curfews. In addition, road safety performance has improved significantly.

“Netstar telematics and fleet intelligence monitoring services allow Putco to check that passengers and staff are following all hygiene and lockdown protocols during the pandemic,” says Netstar managing director Pierre Bruwer. “We have been able to save lives on the roads using telematics, and we are sure we can continue doing that by ensuring Covid-19 compliance.”

The relationship between the two organisations began after Putco experienced a spate of fatal accidents along the Moloto Road corridor between Gauteng and Mpumalanga.

“After those incidents, we wanted to do everything in our power to change the situation going forward,” explains Putco group operations executive Jack Sekwaila. “We were determined to prevent such incidents from happening again.”

To achieve this, Netstar partnered with Putco to leverage the benefits of telematics and technology to monitor its fleet and its drivers, in order to improve driver behaviour and save lives.

“We installed Netstar fleet-management cameras, fuel-theft monitoring systems, and driver-behaviour monitoring systems across the fleet,” adds Bruwer. “This has enabled Putco to track data on harsh braking and acceleration, which has helped to encourage best practice through training. It’s been very rewarding to see the improvement.”

The technology-driven, enhanced safety protocols introduced by Netstar have produced impressive results, with Putco reducing accidents by 70 percent and damage claims by 36 percent.

Besides these safety improvements, Putco also adheres to all Covid-19 health and safety regulations. Social-distancing and mask-wearing protocols are followed on its services, and it conducts regular deep-cleaning of its buses.

“The bus industry has ensured proactive reaction in the crisis demonstrating the capacity and will (at the expense of great losses) to continuously provide services to meet the needs of commuters and ensure the availability of safe transport,” Govender emphasises.

“Although the economic impact on public transport has been profound and is escalating by the day, the industry remains committed to playing a critical role in the provision of sustainable, affordable and, most importantly, safe and reliable transport to assist the recovery of the economy and the revival of the country towards the new normal.” 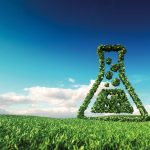 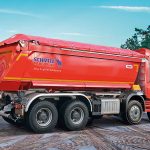