Our numbers man, SAM ROLLAND, discusses the potential to design an efficient, integrated transport system for South Africa in this two-part series.

One of the biggest constraints to unlocking economic growth in South Africa from a transport perspective is the lack of integrated transport systems in our major cities. This limits city development, and hinders upward wealth mobility, among other things.

I would consider my travel to work during the week to be highly integrated. I ride my bicycle to the Gautrain station, climb on a train, disembark and then ride on a bus to my nearest stop, at which point I walk for a few minutes to my office.

By South African standards, I would consider this to be highly integrated … but by global standards it would be highly unintegrated. Once home, I use my own car to do shopping, socialising, or visiting attractions.

To understand how we arrived at this, it is important to understand the spatial legacy borne out of the apartheid system. Unlike major cities such as London, Rome and Paris, which developed close to large rivers and grew largely in an outward motion, Johannesburg-Pretoria (I refer to them as one city, given the blurred lines between where the one city starts and the other ends), Cape Town and Durban developed in a broken up manner, due to apartheid laws that separated races. Further, Cape Town has the added disadvantage of the mountains dividing the central city and residential areas.

While a lot of other factors were at play, the resultant design of our cities were ones where the poorest of the poor were forced to live in outlying areas, commuting long distances to their places of work. Our cities grew outward initially, before poor workers were moved out into townships such as Soweto, Diepsloot, and Langa, while the areas around town – and therefore close to major places of work – remained relatively wealthy.

With the organic growth (not determined by segregation laws) that since occurred, commercial development occurred sporadically across these cities – businesses moved to wealthy areas, concentrating pockets of economic activity across the cities. The resultant effect of this is that congestion increased markedly at both origin and destination.

However, an opportunity exists to use this layout beneficially. Changing trends surrounding connected vehicles, ride-sharing and flexible working hours will negate much of these problems. For the poorer population and those in labour-intensive jobs, this will still remain costly.

The next column will cover the problems with trying to design transport for large cities that take into account the problems facing South Africa. 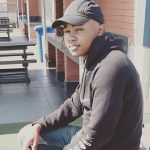 Prev Fuelling the future with bursaries
Next Kyk noord… 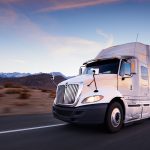