Could the launch of the new (to South Africans) DAF CF and XF signal a new direction for the company in this country?

I’ve never quite understood the situation with DAF in South Africa. When I’m in Europe or the United Kingdom, DAF trucks are commonplace. Last year, the company enjoyed heavy-duty market leadership in the Netherlands (31,8%), the UK (31,6%), Poland (23,7%), Hungary (27,9%) and Bulgaria (25,4%). The Dutch truck manufacturer also gained 2020 market leadership in Portugal (21,8%). DAF is the European leader in tractors and the number one import brand in the two largest truck markets in Europe, namely Germany and France.

But, in South Africa, DAF has simply not achieved the same heights. It is noticeable by its absence from the list of top-selling truck manufacturers every month. And, for the life of me, I cannot figure out why.

It’s not as if the company doesn’t build good trucks. On the contrary, its vehicles are great! I have spent considerable time behind the wheel of various DAF trucks in Europe, and I have been perpetually impressed by them. Maybe local success has eluded the company because its product range has been dated.

Well, that’s all about to change because, after extensive testing, DAF is finally launching the 2018 International Truck of the Year here in South Africa. This sought-after accolade was awarded to the company’s CF and XF range back in November 2017.

Fast forward to March 2021, and these terrific trucks have finally found their way to South Africa. And, according to Gianenrico Griffini, president of the International Truck of the Year jury, they’re something really special. “With the introduction of the New CF and XF series, DAF delivered a medium and heavy-duty truck range that sets a new standard in terms of driveline efficiency and overall performance,” he tells FOCUS. 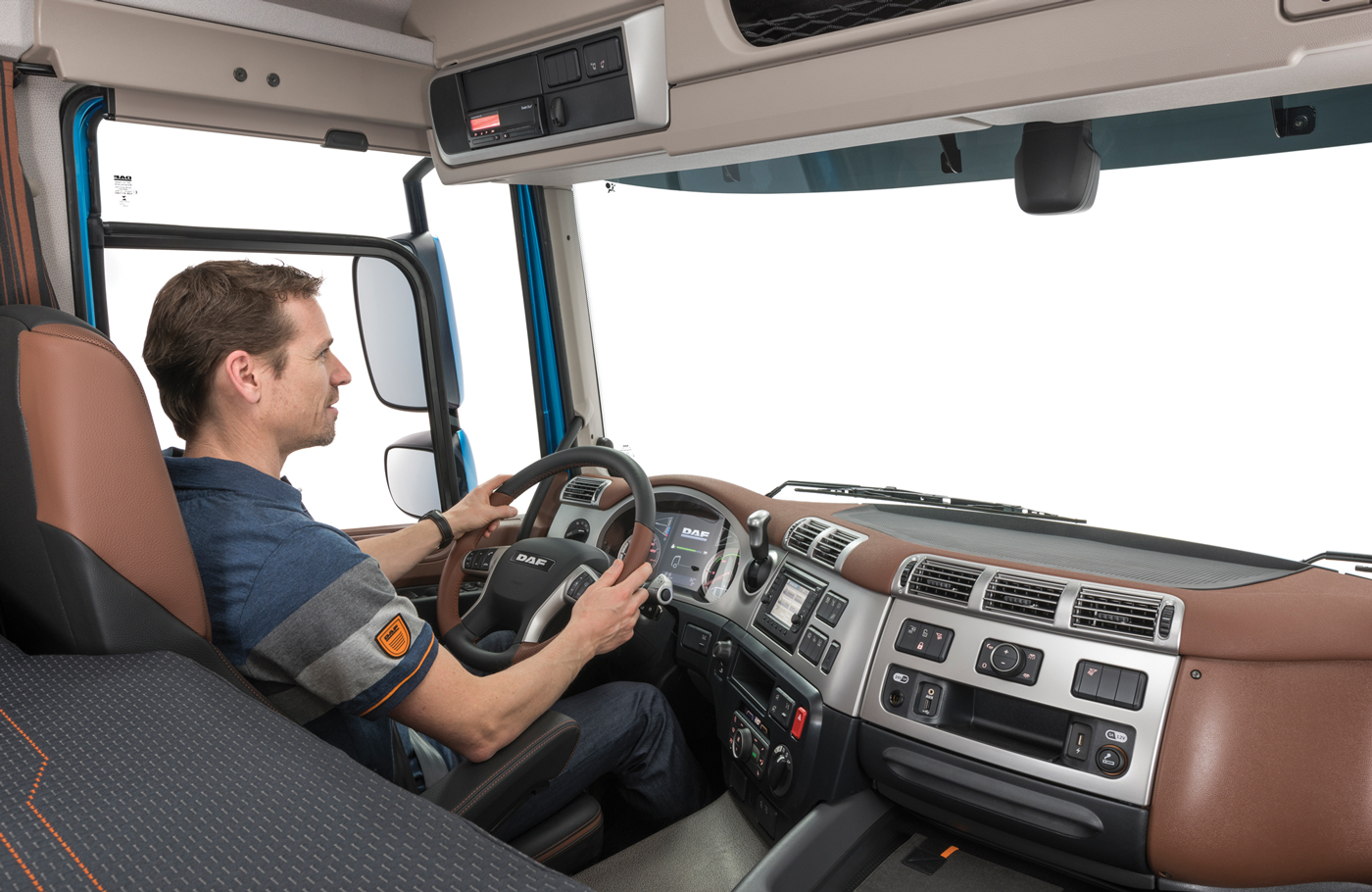 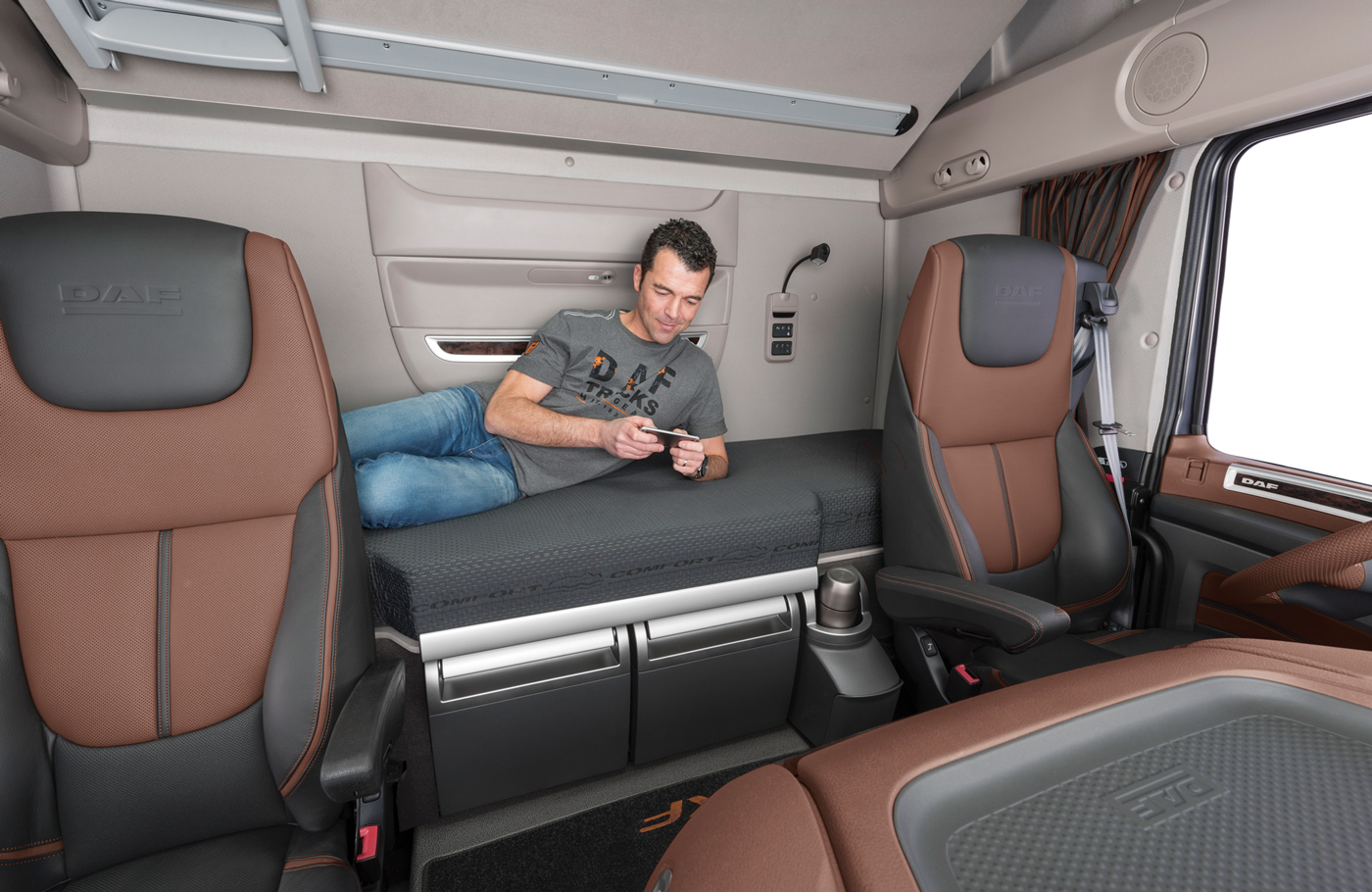 So, exactly which trucks are we getting in South Africa? The range starts with the CF430 Lean (it comes with no bells and whistles and is as basic as possible). This entry-level model boasts a 430hp engine, air suspension and a single sleeper cab. Next up is the XF480 Smart, DAF’s entry-level XF. It comes with a double sleeper cab, air suspension and a few bells and whistles … but not too many.

According to Mark Gavin, sales director for Transport Solutions at Babcock, local tests carried out on the new DAF trucks in South Africa have shown an average 10% reduction in fuel costs. “This means significant savings for long-distance operators where up to 60% of overall expenses are allocated to fuel consumption,” he comments.

Gavin says operators can also expect to see a reduction in maintenance costs of the new DAF and CF and XF trucks, thanks to environment-specific technological adaptations at DAF Trucks Eindhoven’s manufacturing facility, ensuring components are optimally suited to the African climate and road conditions. These include modifications to the air intake and filtration, cooling system, suspension and transmission, as well as a new high-efficiency rear axle with low-friction wheel ends and a range of faster ratios, enabling even lower engine revs for greater fuel efficiency.

“The ability to set separate transmission settings for trucks which have to change speed frequently during their daily operation contributes to exceptional vehicle efficiency as well as driver comfort,” says Gavin.

A delight for drivers

Adding to driver comfort and safety is the new DAF cab, with the XF offering the largest interior space on the market. Both CF and XF truck cabs feature new temperature and climate controls to improve driver comfort, as well as best-in-class interior lighting. Expanded driver information enables operators to respond to hazards quicker and includes intelligent tips for economical driving.
The new XF packs in further enhanced features that not only safeguard the driver and other road users but also contribute to vehicle versatility, fuel efficiency and comfort. These include:
• Adaptive Cruise Control (ACC) to automatically adjust the truck’s speed and maintain a safe following distance from the vehicle ahead
• An Advanced Emergency Braking System (AEBS) to slow the vehicle down in an emergency
• Forward Collision Warning (FCW) using sound and visuals to warn the driver and help prevent a collision
• A Lane Departure Warning System (LDWS) to deter drivers from swerving out of a lane as a result of drowsiness or distraction
• Front and rear cab crumple zones for industry-leading vehicle safety and passenger protection
• Vehicle Stability Control (VSC) to minimise the risk of jack-knifing and overturning.
“An exciting aspect of the new DAF CF and XF trucks is that they are also equipped for the future fitment of predictive cruise control (PCC), which can determine the terrain the truck is negotiating and automatically adjust gears accordingly,” adds Gavin.

All vehicles are fitted as standard with the Babcock Driver Management System – Executrax – which not only provides operators with real-time location information but provides valuable feedback on each driver’s driving style. All of this contributes to a low total cost of ownership on all DAF models. Driver training is also offered as part of the handover process, with courses available through Babcock to help drivers reduce fuel consumption, anticipate hazards better and increase road safety.

The new DAF CF and XF trucks are supplied with a one-year vehicle warranty and three-year driveline warranty. We wish DAF lots of success with these new trucks! 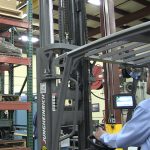 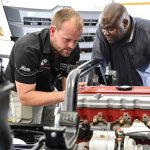