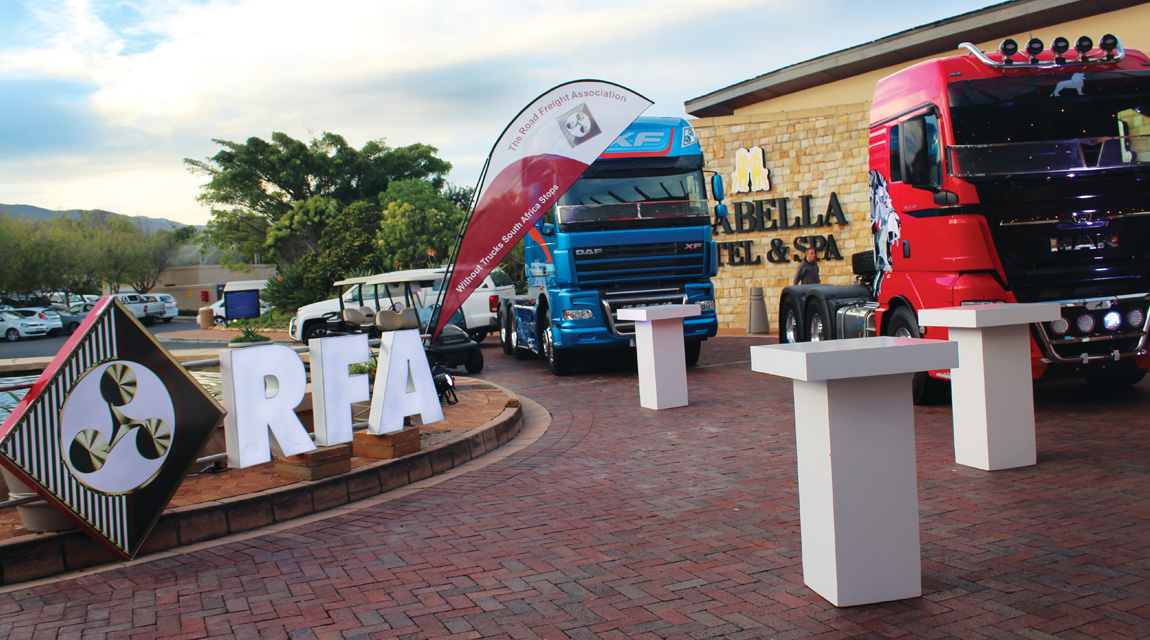 The annual Road Freight Association (RFA) Conference was held in the Western Cape for the first time. It included discussions on the country’s economic and political outlook, competition law and the annual wage debates.

The 2018 RFA Conference was held at the Arabella Hotel and Spa in Kleinmond, Hermanus, from May 27 to 29. The entrance to the luxurious hotel was framed with RFA banners and vehicles from Hino, MAN, DAF and Mercedes-Benz, including the new Actros.

Delegates had the opportunity to get acquainted with the Arabella Golf Course, which overlooks the Botrivier Lagoon. They could also attempt the Truck Yard Test, which tested the skill level of delegates in an Actros. The evenings were filled with sumptuous meals and wine.

The welcoming dinner on the first evening, with a crazy-hat theme, was sponsored by Engen, while on the second evening the old Hollywood-themed black-tie dinner was hosted by Mercedes-Benz.

The morning sessions were filled with thought-provoking discussions on the challenges facing the industry to assist operators with their strategical planning. RFA CEO Sharmini Naidoo gave the opening address in which she highlighted some of the challenges faced by the transport industry.

Referring to the recent violence in KwaZulu-Natal, Naidoo said: “The industry was held at ransom with a cost of R320 million to operators and no less than R2 billion to the economy.”

“Should operators be forced to change their trailers, they will see an increase of 25 percent in capital costs. Shipping companies will move their cargo to other ports and South Africa will lose out on crucial revenue.”

Regarding the upcoming wage negotiations, Naidoo stated: “The growing prevalence of strikes in all sectors of the economy could stifle economic growth. Wage negotiations in the road-freight industry will commence soon and we hope that we will be able to reach an agreement with minimal disruptions and cost.”

Msondezi Futshane, acting deputy director general from the DoT, spoke on behalf of Deputy Minister of Transport Sindisiwe Chikunga, who was unable to attend the Conference. Futshane discussed attempts by government to resolve the violent strikes. The government established the Cross-Border Road Transport Regulators’ Forum, which is negotiating possible solutions.

Fusthane advised the South African transport industry: “It is important to show commitment to South Africans with a session of open, robust engagement and discussions between South African freight companies, truck drivers and their associations, the DoT and its agency. These must take place to find a lasting solution.”

The Forum, which includes members from the various southern African countries, will also harmonise cross-border trade by streamlining processes and reducing waiting time.

A panel discussion was held to address the high-cube container ban expected on January 1, 2019. The discussion was chaired by Gavin Kelly, technical and operations manager at the RFA, with Kevin Martin from Feightliners, Mike Walwyn from NEXLOG Supply Chain Management and economist Mike Schüssler as the panellists.

Kelly introduced the topic and noted that the high-cube containers are widely used in the global transport industry. These containers first appeared in South Africa in 1977. “South Africa took these containers head on and developed a number of its ports to specifically deal with them,” Kelly explained.

Schüssler echoed Kelly and noted that around 90 percent of the containers manufactured globally are high-cube.

“We are not going to change the use of high-cube containers as a small country like South Africa. While these containers make about 240-million trips a year, South Africa only sees about four or five million of them a year. Ultimately, we make up about 2,3 percent of the world container market,” Schüssler explained.

The insistence to implement this policy will result in expensive costs for the industry and country. Schüssler commented: “The industry has a profit margin of about four percent and now transport operators are forced to make an investment where there is no return. Transport costs will increase.”

Martin argued: “There are specialised trailers that can be used, however, they are not affordable.” Instead of purchasing the specialised trailers, the DoT might see transporters modifying trailers. Police would not necessarily be able to distinguish between a good or a bad hack job, which could lead to unroadworthy, dangerous trailers on the road.

There is also no suitable alternative to road transport. Walwyn explained: “We don’t have sufficient rail capacity to move goods efficiently. Even if that were not the case, the first and last-mile delivery would remain a challenge.”

Alternatively, transport operators will simply register in a neighbouring country as foreign operators and will still be able to transport high-cube containers within South Africa. “This will mean profit losses for licensing departments. The DoT also won’t be able to police whether these vehicles actually ever cross a border,” Martin added.

“We need to think about how South Africa plans to adjust to the rest of the world, because the world won’t change to fit in with South Africa,” Schüssler concluded.

The Administrative Adjudication of Road Traffic Offences Act (Aarto) has been introduced and some argue that it is unconstitutional. The Act will move certain traffic violations, such as speeding, from the criminal law system to an administrative system.

Advocate Kevin Hopkins, a member of the Johannesburg Bar, explained that this will remove the accused’s constitutional rights under the criminal law. These include the right to be presumed innocent until proven guilty and the right to remain silent. Under the new Act, transport operators accused of speeding, for example, would need to appear before the Administration to prove their innocence if they decide to contest the case.

After receiving a traffic infringement letter, an individual can consult and plead their case with a representative officer. If they are dissatisfied with the outcome, they can appeal the process. Some traffic offences, such as drunk driving, will still be trailed under criminal law with the possibility of a criminal record if found guilty.

While no constitutional rights are neglected in the change, Hopkins questioned the appeals process and argued that it is not sufficiently impartial. “Up to 90 percent of the revenue that the Road Traffic Infringement Agency (RTIA) needs to survive comes from traffic fines. The Agency thus has an incentive to fine you.

“This does not mean that everyone sitting on the Appeals Tribunal at the RTIA is biased. However, South African legislation is not concerned with actual bias, but the perception of bias. If you have a financial interest in a case, you shouldn’t be the decision-maker,” Hopkins explained. He added that this could be resolved by appointing High Court judges to the RTIA Appeals Tribunal.

Economy in the balance

Chief economist at Nedbank, Dennis Dykes, spoke about the economic outlook for South Africa. He noted that consumer, business and investor confidence in the country has improved, but that there is still an expected gross domestic product (GDP) growth of only about 1,8 percent. The global GDP growth for 2019 is expected to be in the region of four percent.

“The international environment will remain favourable for the economic growth of South Africa and Africa,” Dykes said.

Independent economist Thabi Leoka, who addressed delegates on economic transformation, noted that South Africans have become poorer in the last five years compared to the previous five years. In 2015, 40 percent of South Africans lived below the lower-bound poverty line.

Leoka felt that a big contributor to the poverty and stifled economic growth is the country’s dependency on other economies. She suggested that the country should change its output composition. “With the 2009 financial crisis, South Africa lost a million jobs, despite not forming part of the epicentre. It actually started in the United States and impacted on banks in Europe and the United Kingdom.

“No other country, even those involved, lost as many jobs. This is a result of relationships with certain regions, such as Europe. A third of South African manufacturing products go to Europe. The country needs to choose other markets and possibly look at the rest of the continent,” she said.

Leoka concluded that the private sector will continue to hoard its money if it lacks trust in government. She projected a GDP growth of about 1,5 percent for 2018 and a 1,8 percent growth for 2019. 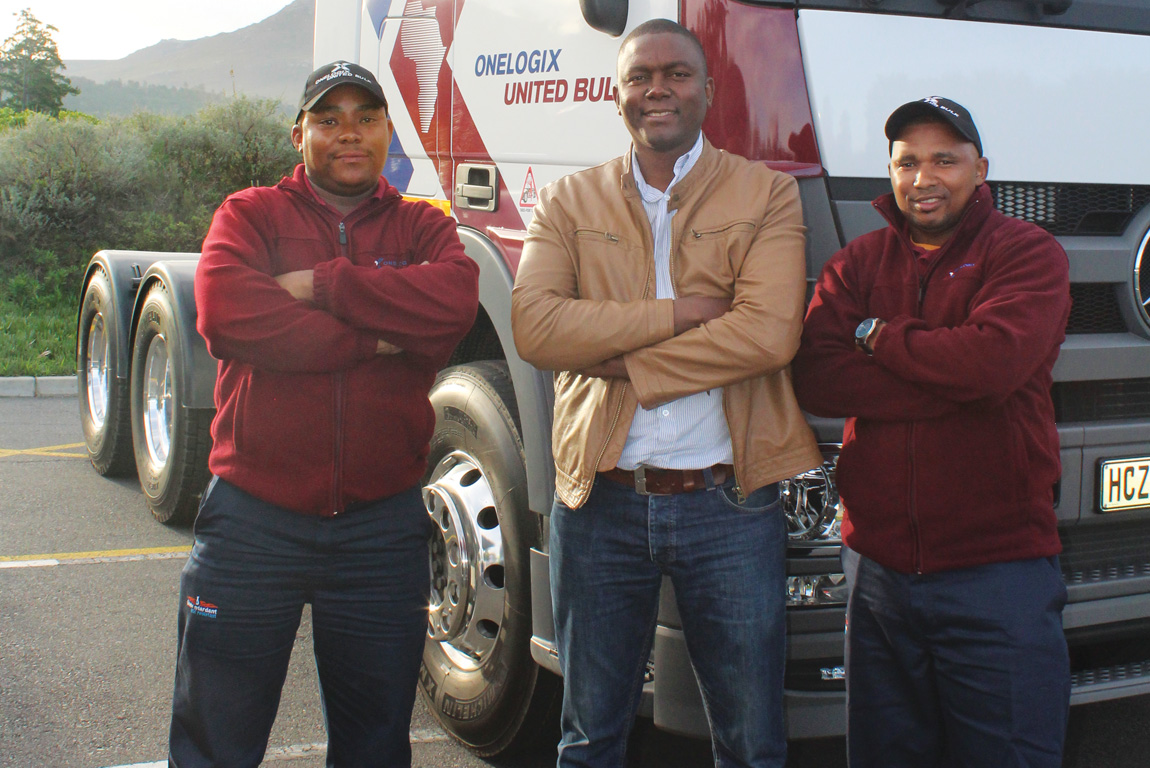 Independent political analyst and author of When Zuma Goes, Ralph Mathekga, spoke about the expectations for the 2019 elections. He argued that the small winning margin Ramaphosa received at his election indicates the amount of his experimental power. He suggested that an aggressive approach to ridding the party of corruption might, for example, be construed as an attack on individuals who are against him.

Chris Charter, director and national head of competition practice at CDH, gave the closing address of the Conference and spoke about competition law and how easy it is for operators to fall into the trap of cartel conduct.

A gentleman’s agreement about operating areas, an operator’s presence at a meeting where price fixing is discussed, any informational exchange or signalling, and joint ventures, could all easily be incriminating.

He advised the industry to never share information that is not in the public domain, or easily accessible. He added that even a function held by the RFA, although well intentioned, could lead to cartel conduct and operators should thus always be on guard. 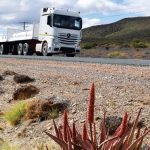 Prev EXCLUSIVE: We drive the Actros in South Africa
Next Secret to a superb fleet 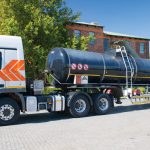