Steve Wager is well known in South Africa. That’s because he worked here for many years in the capacity of MD of Scania South Africa. Two years ago, he moved to the world’s largest commercial vehicle market, where he is now MD of Scania China. CHARLEEN CLARKE asked him about this fascinating market.

Why did you decide to accept the position of MD of Scania China? Are you pleased that you decided to go to China?

Asia is of extreme strategic importance to Scania and of course China is Asia’s powerhouse. The opportunity to lead Scania China into its growth journey was thus too good an opportunity to pass up. I am extremely satisfied with the results that my fantastic team here has achieved. I am therefore very pleased that I took this position. I have always relished challenges, and this certainly is one!

What do you regard as your greatest success from your time in South Africa?

Scania South Africa had a market share of around seven percent when I took over as MD. We embarked upon an ambitious growth strategy. We also decided that we wanted to get far closer to our customers through a new regional structure. When I left South Africa, we had doubled volume and had taken market share to 16 percent. Furthermore, we had developed a professional and profitable used-truck business and expanded our contracts portfolio significantly. Above all, our customer satisfaction index – the true acid test of success – had vastly improved.

What has been your greatest success in China thus far?

Since embarking on our volume growth strategy we have increased truck volumes fivefold and almost doubled our service sales. Last year we became market leader among the imported brands. It is all about our people, of course, and I feel very proud to have built a fantastic united, highly motivated and committed team with a winning mindset.

What are the biggest challenges that you’re facing?

The Chinese market is developing quite fast, and we need to keep up with the pace of the market. Legislation is also changing rapidly here.

The Chinese commercial vehicle market is obviously far, far bigger than that of South Africa.

What are the other differences between the two markets? Are there any similarities?

South Africa is a far more mature market with operators who have a longer-term horizon and total operating economy (TOE) thinking. There is a strong demand for high-quality service and South African customers are prepared to pay a premium for this.

In China the mindset is far shorter term, so it makes TOE far harder to sell. Price generally dominates over quality here. Having said this, more and more operators are buying into the Scania business proposition. This is also the land of copy parts and second-tier service workshops, so our after-sales business is under intense competition. We respond to this situation by providing quality and professional service levels.

What are your predictions for the Chinese commercial vehicle market in 2019?

The total market will be under pressure and will most likely drop more than ten percent but will still be at around one million heavy-duty trucks. This is due to impending emission legislation (China 6 takes affect from July 1 – this is “Euro 6+”) and general uncertainty in the economy, which is exacerbated by concerns over the United States-China “trade war”.

We expect the imported segment to continue to grow as operators seek more efficient transport solutions for their high-mileage, long-haul operations. Annual distances of about 300 000 km are normal here in the express and freight segments.

When we chatted recently, you mentioned that you would like to “start a used-truck trading and business”. Has Scania not sold used trucks in the past in China?

Used-vehicle trading in China is very informal and not yet regulated – although the government is working on doing this. Scania China is a pioneer in this area of business and we are ready to start up in 2019, having successfully piloted a few sales during 2018.

What is the Chinese government doing to promote the sale of environmentally friendly or electric commercial vehicles in China?

The State Council of China recently issued the 2018-2020 Three-year Action Plan for Winning the Blue Sky War. The document sets out the overall thinking, basic objectives, key tasks and support measures for the control of air pollution, and draws the timeline and roadmap for successfully defending the blue sky against air pollution.

This plan proposes that, after three years of effort and work, total emissions of major air pollutants will be substantially reduced. Reducing vehicle emissions is an important part of this plan. China produced more than
200 000 all-electric commercial vehicles last year, amounting to nearly five percent of total output. In 2017, southern China’s tech hub of Shenzhen completed the conversion of its entire bus fleet to battery-electric vehicles.

What alternative fuels are finding favour in China?

Are automated commercial vehicles finding favour in China? If so, when would you speculate will this become a widely accepted practice?

Automated vehicles are already being piloted in Shanghai, Beijing, Shenzhen and various other places. Initially they will operate in closed areas, such as ports, logistics parks and airports. However, they will gradually extend to the expressways. The supporting road network facilities also need to be rebuilt, and this should happen by 2025.

You have spoken about developing your used-truck business. What else is on your agenda for 2019?

We will introduce the China 6 product range and continue to expand our dealer network.

For how long will you remain in China?

I have a three-year contract.

What is next for Steve Wager – after China? Could you ever return to South Africa?

As previously mentioned, I love challenges and my skill is in building successful and winning teams and starting growth journeys. As Asia is such an important region for Scania, I would like to remain out here to continue this task. South Africa remains deeply embedded in my soul – Mother Africa really got under my skin during the more than four years of living there – so of course I take every opportunity I can to get back.

My friends call me a glomad (a global nomad lest you don’t get it). That’s a particularly apt word, because I am always trawling all corners of the globe, looking for stories. As a result, I have slept in some seriously strange places – on a bed of ice in the Arctic circle, on the floor in a traditional Japanese hotel, on the sand dunes in the Wadi Rum Desert in Jordan … and even on the floor of a Thai cargo ship. Mostly however I tend to sleep on aircraft (if I had a dog, he would bark at me when I eventually come home). I am passionate about trucks, cars, travel, food, wine, people and hugs – so I write about all these things. Except the hugs.
Posts by Charleen Clarke 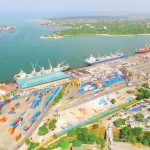 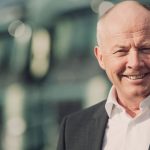