Double-deckers make a comeback with MAN 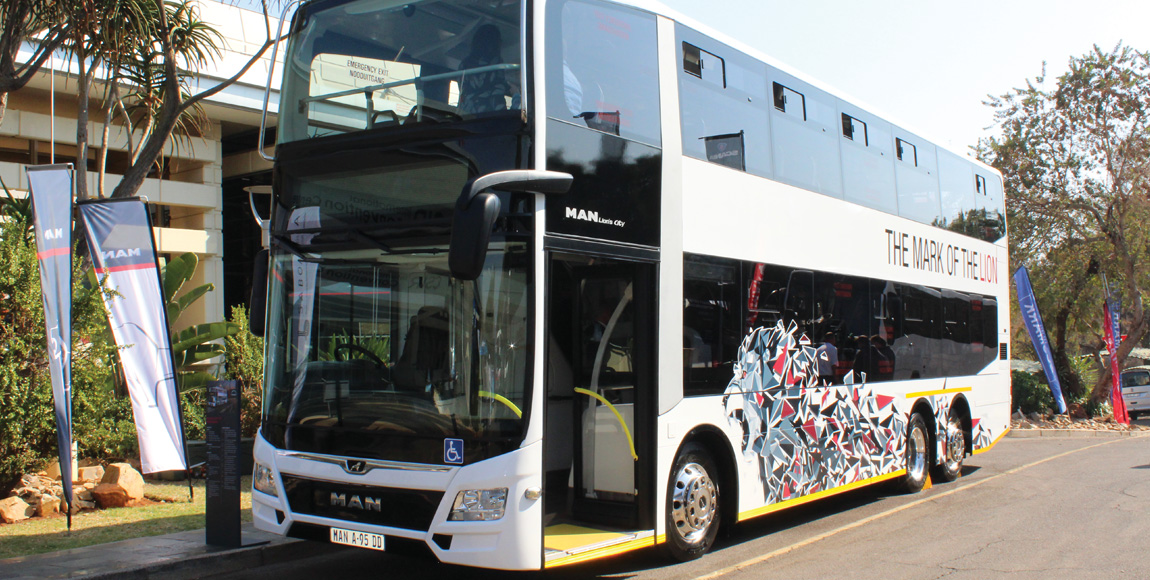 MAN Automotive South Africa is reacquainting the bus industry with a classic two-storey vehicle design through its sleek and stylish Lion’s City double-decker bus. MARISKA MORRIS reports from the upper deck with a bird’s-eye view

Some designs make a comeback for the sake of nostalgia – think music on vinyl – while others return to offer a better product. Although the size of modern smartphones resemble the bulky block-like, hand-held phones from the 1970s, they offer a better product with increased screen size and improved technologies.

“British Prime Minister Boris Johnson wanted bendy or articulated buses out of the city of London, because these trolleybuses cause gridlock. An articulated vehicle takes up a lot of space and is difficult to manoeuvre in South African cities where there is hardly any discipline,” he explained at the 2019 Southern African Bus Operators Association (Saboa) Conference where the new vehicle was launched. 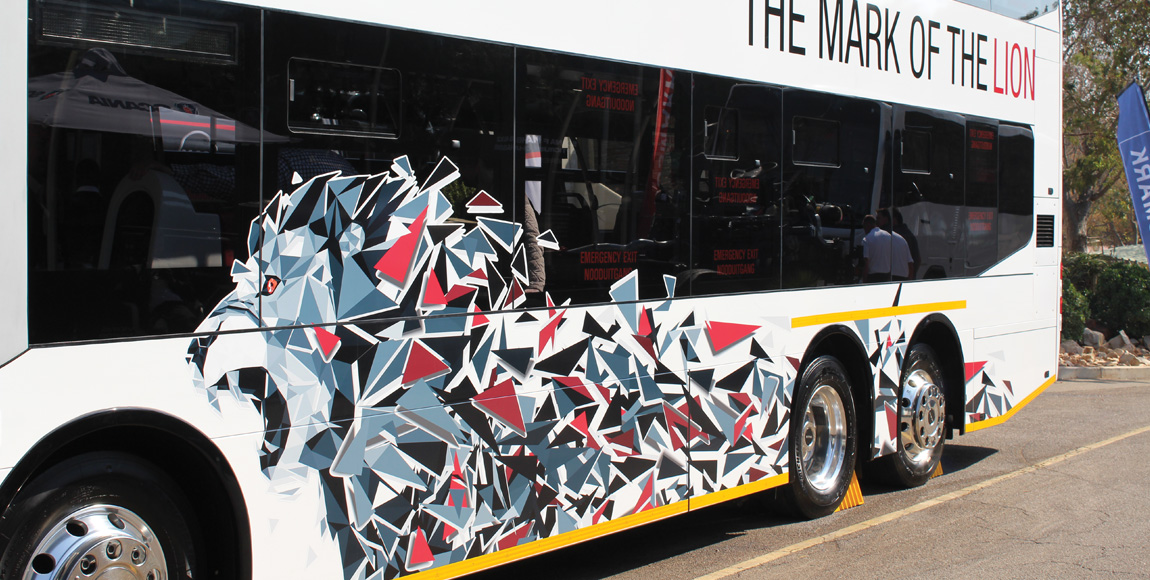 Two-level buses take up less space and carry more passengers. The 12-m MAN Lion’s City double-decker bus, for example, can easily carry 86 passengers plus three on fold-up seats. It has a total estimated carrying capacity of 143 passengers with the inclusion of standing passengers on any roads.

The 18-m rear-engine articulated buses can carry around 53 seated and a total of 110 passengers on bus rapid transit (BRT) routes where the dispensation for higher axle capacities is granted.

“The Lion’s City double-decker bus has nothing special in length, but gains its advantage in height. It can legally take more passengers than an articulated bus,” Kalil-Zackey said. Along with the additional passengers, the bus is also easier to drive in a city.

“The driver doesn’t really feel the additional height on the 4,4-m tall bus, but the vehicle takes up less space on the road and the manoeuvrability is very good with its steer-tag axle. The passenger also hardly feels any movement when sitting on the upper deck,” Kalil-Zackey added. While reviving an old design, the MAN Lion’s City double-decker bus is anything but old school. 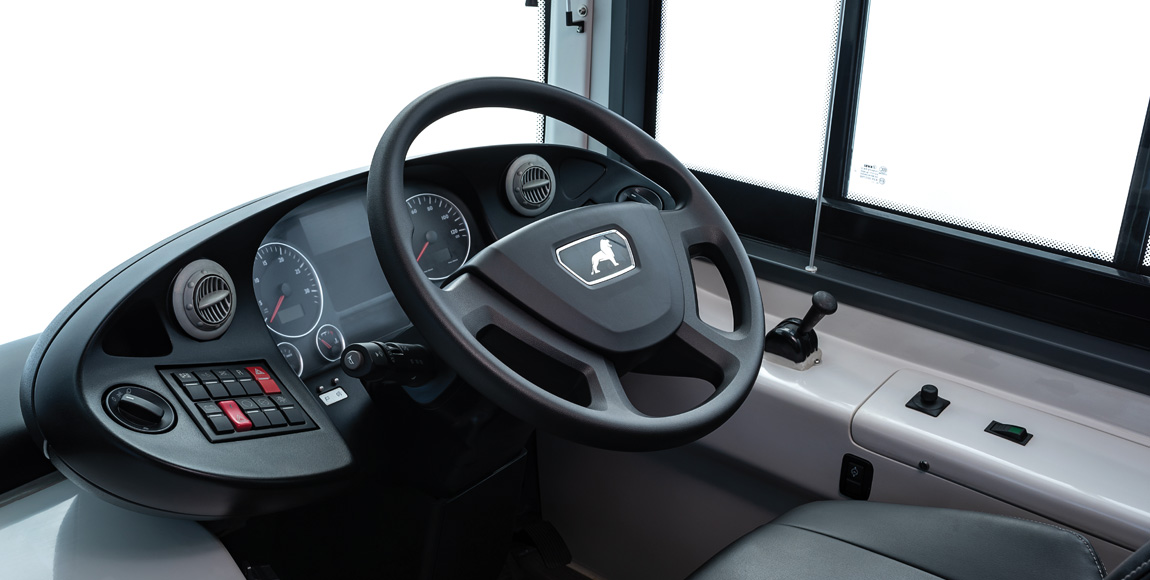 Apart from the clean design, plush seating and “hardwood look” vinyl flooring, it has a Euro-5 engine with a complete aluminium structure, which makes the vehicle strong, but light.

“It is actually unbelievably strong,” Kalil-Zackey explained. “The bus has already done a million kilometres on the MAN test track in Germany.” Although the product is from a third-party relationship, it is branded as a MAN product – an unusual decision for the manufacturer.

“It is branded as a MAN product because it carries the full approval of MAN. Normally, we don’t brand third-party products in this way, but the Lion’s City double-decker bus was designed, styled and tested by MAN,” Kalil-Zackey said.

The vehicle is equipped with all the safety features available, including an electronic stability programme (ESP), which supports the driver in critical driving situations. The bus can also be adapted or customised for a range of applications, such as sightseeing. The 268 kW (360 hp) Euro-5 engine doesn’t require AdBlue and emits more than enough power to easily transport the additional passengers.

“The bus has a catalytic converter, which cleans the bad carbons out of the exhaust,” Kalil-Zackey noted. “With the higher torque, the fuel consumption on the Lion’s City double-decker will outperform any other vehicles with an equivalent passenger-carrying capacity in a city application.” 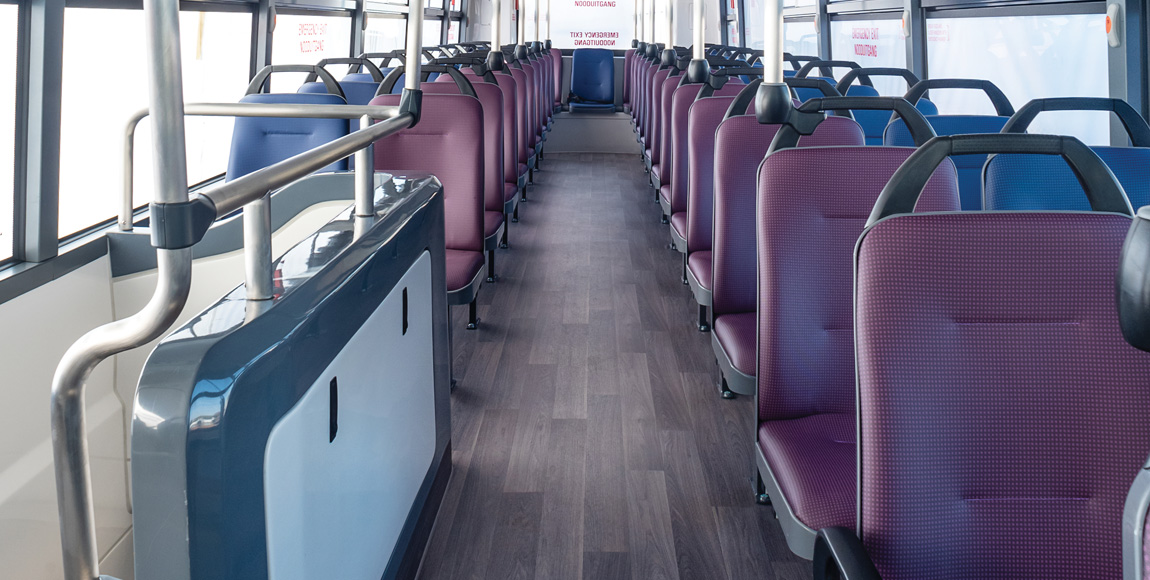 The improved fuel consumption also contributes to the lower total cost of ownership compared to running the traditional 18-m buses, or two “solo” buses. Kalil-Zackey pointed out: “Yes, the initial price is high because of the technology in the vehicle, but from a total cost of ownership point of view, there is only one driver, there are fewer wheels on the road, it provides better fuel consumption and cheaper licensing fees with the lighter vehicle (just over 14 t), which in turn equates to more passengers.”

Over 1 000 units of the double-decker are already in operation in Hong Kong, China, Singapore, Australia and Dubai, United Arab Emirates. MAN believes there is a bright future for this bus in South Africa, which already has a history with this design.

Kalil-Zackey said: “South Africa was a traditional double-decker market in the 1970s. Every major city had these buses. Johannesburg still has these buses today and wishes to remain a city with double-decker buses. There is definitely a future for this product. MAN simply took the initiative to introduce it. There needs to be a product that potential customers can touch and feel.”

In addition to the Lion’s City double-decker, MAN also launched its high-floor rear-engine city bus with a 238 kW (320 hp) Euro-5 engine, the RR9 19-320 model, at the Saboa Conference.

It is the second year that MAN has launched multiple products for the bus sector at Saboa despite a decline in the industry. While some might think it odd, MAN is looking to future trends.

“There has been a decline in the bus sector, but this is seasonal. I believe there will be an uptick in the new year,” Kalil-Zackey predicted. When this uptick occurs, MAN will be ready with a host of stylish solutions for its clientele. 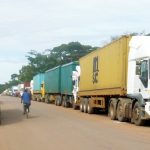 Prev Border-post procedures in need of an overhaul
Next Toyota: the people’s champion 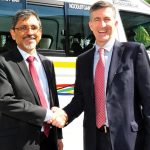