As 2018 came speeding to a close, there were a number of surprises to throw off the economic market expectations, and  the impact these will have in 2019.

The major surprise came in early December with the release of the third-quarter gross domestic product (GDP) figure, which was considerably higher than many anticipated and allowed South Africa to exit a technical recession. It showed unanticipated robustness across a number of sectors.

The freight sector results were a mixed bag. The biggest sector to contract was mining, which still made up over half of the total freight income for the third quarter. The next biggest sector was containers, but this lagged significantly far behind. Freight demand helped push up overall transport growth. However, investment continued to contract, which is an ominous warning for the heavy-vehicle market.

Nonetheless, the beginning of 2019 is sure to provide an interesting number of talking points. The length of my column dictates the limit to how many issues can be covered, so I have summarised them into a few talking points.

Many of the problems in the economy are structural in nature. Poor education outcomes and the public health service remain long-term issues, but productivity across primary and secondary sectors remains a problem.

As a small, open economy, South Africa often does not have the domestic demand to meet realistic economies of scale in production. As such, we rely on the demand for our exports to sustain manufacturing. In the difficult economic situation in which we have found ourselves since 2014, output in key sectors of manufacturing and mining has largely stagnated while wages have continued to rise, often above inflation.

This drags down relative productivity, as we then produce the same outputs while our input costs rise, squeezing margins, limiting employment growth and ultimately shuttering smaller firms.

However, productivity remains dependent on confidence measures. Under the Zuma administration,
lack of policy clarity around issues such as black industrials, the Mining Charter and broadband, as well as poor moves at a political level (the finance minister roundabout in 2015 being one of many) led to confidence falling drastically.

It’s worth pointing out that in discussions with industry I discovered that the issues that depressed confidence and ultimately delayed re-investment were not, in fact, the intention of the policy, but rather the lack of direction provided.

Under president Ramaphosa, progress has been made in improving policy and the operating environment, but that low base to which business confidence has sunk suggests that only a prolonged period of good and stable growth, free of radical political events, will bring robust confidence back.

A return to investment

At the start of his presidency Ramaphosa placed investment at the front and centre of his agenda. Indeed, the Investment Summit, the Brics (Brazil, Russia, India, China and South Africa) Summit and the like were all encouraging signs that investment – both domestic (which had been withholding up to now) and international (which had been scared off by populist policy discussions) – was once again returning to the country.

As mentioned, the latest gross domestic product (GDP) figures show that investment is still not in the positive growth territory in which it so desperately needs to be. It may be that investment returns only in 2019.

All of these factors will undoubtedly stimulate economic growth in the short term – a so-called quick win. As the latest release showed, the transport sector appears to be in a relatively healthier state than before, with heavy-vehicle sales up and transport performing well despite mining woes.

Improved productivity, renewed confidence and a return of investment should see a significant boost in the freight industry, and may spring the economy back from the doldrums in which it found itself during 2018. 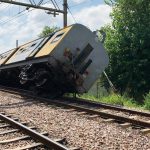 Prev Beware the hornet’s sting!
Next Making buses number one 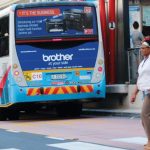