As part of South Africa’s sluggish response to the growing worldwide concern about climate change, a carbon tax kicked in last month. Although it is aimed at big emitters of carbon, the increase in fuel tax will knock on to everyone else as well.

While a large number of people will complain that this is just another rip-off, there are also many South Africans who seem to be in denial about our energy problems. You’ll find lots of them in the northern suburbs of Johannesburg, where aggressive drivers and oversized vehicles are all too common.

How serious are South Africans about saving energy? A few activists and non-government organisations are highly stressed about the pollution caused by coal, but there is no focus on the role that better public transport could be playing.

Column after column in this series has emphasised the need to fix public transport; a low-budget step which, if done properly, could result in a saving of say, five-billion litres of fuel in private vehicles each year.

In late May, more than one-million youths took part in emissions protests in over 100 countries. They fear that “adults are sleepwalking towards a collapse in the global climate system”. If any young people in South Africa organised similar protests, I’m not aware of it.

Six years ago, the first Hopping Off column (July 2013) described the need for South Africans to instil a public-transport riding habit among children at an early stage.

That column highlighted various education levels, pointing out that by the time children leave high school, they know almost nothing about scheduled public transport in the areas in which they live. South Africans with a tertiary education start overspending on cars as soon as they can. Those who can’t afford cars have to put up with high minibus-taxi fares. Neither option is good for the economy.

The recent elections proved that economical transport is not high on anyone’s radar. Neither the ANC, nor the EFF (which claims to represent the poor and managed to get millions of people to vote for its candidates) made an issue of the high fares being paid by minibus-taxi users.

The only politician who came close was Patricia de Lille who, as quoted in City Press on May 26, reminded us that “those fortunate enough to be employed spend a large part of their meagre pay packets on transport”.

Now that she is a cabinet minister, I wonder whether someone will tease her about the transport mess in Cape Town, which, ironically, developed on her watch as mayor there.

In August last year, Hopping Off raised this issue. We now read in Business Day about a major forensic investigation into the Cape Town Transport Authority, whose suspended boss has been “sitting at home for more than a year drawing R3-million a year, while questions about expensive electric buses remain unanswered”.

Other big cities in South Africa have similar transport problems. Take Germiston as an example. A few columns ago, I suggested that Metrorail should be shut down over weekends and replaced by a regional bus service.

A recent visit to Germiston station on a Saturday morning confirmed my view. The station is the largest railway junction in South Africa, with passenger services radiating in six different directions – Leralla (Tembisa), Pretoria, Springs, Kwesine, Vereeniging and Johannesburg.

My visit lasted only an hour – between 11:15 and 12:15 – but this was enough time to draw conclusions. During that period only one train passed through the station (going from Johannesburg to Springs). Two other trains arrived, but went back the way they had come – hardly providing the “connectivity” that transport consultants keep talking about. The number of passengers I saw could have been handled by two double-deck buses. I am fairly certain that the same underperformance applies all over the country.

If rail is supposed to be the backbone of public transport, trains should run every 30 minutes, even during off-peak periods. Well, they don’t, and nobody seems to be complaining. If nobody cares about the existing railway, why bother with Gautrain expansion? 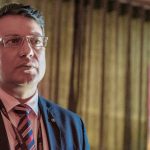 Prev Mahindra commercials for SA?
Next Corridors of prosperity 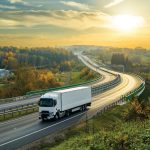 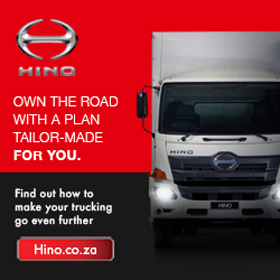